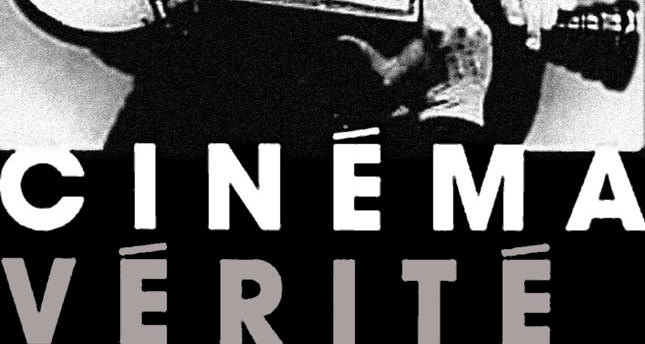 by Daily Sabah with AA Dec 02, 2014 12:00 am
The 8th edition of Iran's International Documentary Film Festival, Cinema Verite, kicked off on Sunday in Tehran. Competing with each other in national and international film categories are 148 documentaries of varying lengths including full-length, medium, and short-length films on a wide range of subjects such as politics, history, religion, society, environment, science and war. Among the selected foreign films competing in the international category are "Ariel" by Laura Bari from Canada, "The Man Who Made Angels Fly" by Wiktoria Szymanska from Poland and "Frozen Man" by Carolina Campo Lupo from Uruguay. "Fallujah - War In Iraq, Japanese Hostages And..." directed by Megumi Ito of Japan and American filmmaker Zachary Heinzerling's "Cutie And The Boxer" will be screened in the event's Panorama section. Organized by Iran's Documentary and Experimental Film Center (DEFC), the one-week festival also hosts international film experts, critics and documentaries at a series of workshops. Taking the floor during the festival's opening ceremony, the president of DEFC, Mohammed-Medhi Tabatabainejad, said that in addition to those competing in the various categories, 170 Iranian and 117 foreign documentaries will also be screened. A documentary depicting the life of Sattar Khan, a national hero of the Persian Constitutional Revolution, featured at the opening screening. The annual festival will run to Dec. 7.