Oscar-winner Russell Crowe in Istanbul for premiere of "Water Diviner" 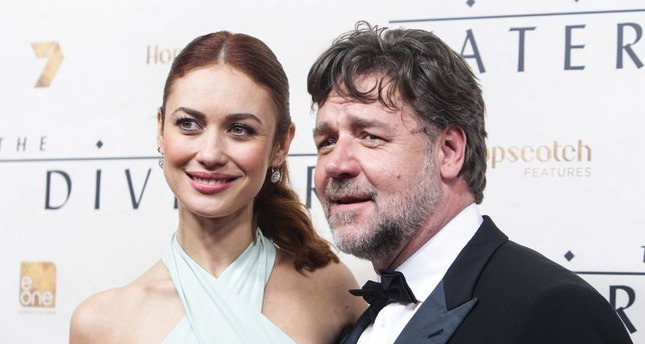 by Daily Sabah Dec 04, 2014 12:00 am
The Oscar winning actor Russell Crowe arrived in Istanbul on Thursday, with co-star Olga Kurylenko, for the premiere of his new film "The Water Diviner".

The premiere of the film will be held at the Zorlu Center PSM on Friday, followed by a news conference. The film will be released simultaneously in theaters in both Australia and Turkey on December 26.

The film, which was directed by and co-stars Crowe, tells the story of an Australian farmer who travels to Istanbul in search of his missing sons, four years after they disappeared during the Battle of Gallipoli in Çanakkale.

The other stars of the film are Turkish actors Yılmaz Erdoğan and Cem Yılmaz.
Last Update: Dec 27, 2014 2:52 pm
RELATED TOPICS