Story of child grooms in film 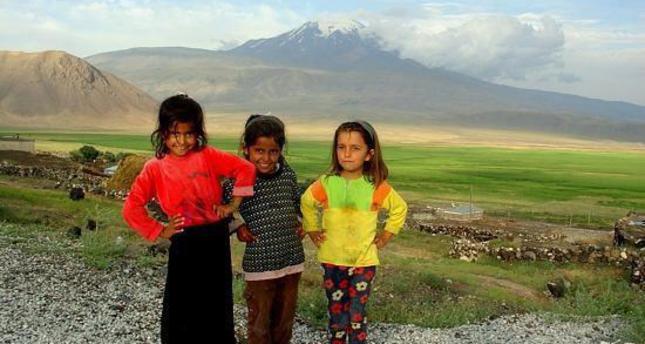 by Daily Sabah Dec 25, 2014 12:00 am
While shooting his documentary film "Zarok" (Child), which depicts the life stories of child brides in Turkey whose identities are kept confidential, Muhammet Beyazdağ, 25, discovered that child marriage also affects boys. The young director, who is pursuing a master's degree in the Department of Radio, Television and Cinema at Akdeniz University, said the film was a previous school project, yet it especially captured his attention. "I come from a family that migrated from Muş to Istanbul due to financial constraints in the 1980s. Child marriages are commonly seen in my family, which I find heartbreaking, and it forced me to do something," he said. Following five months of pre-production work and research, Beyazdağ's film collected the stories of six girls, showing only their hands and voice because he said hands describe more than what our faces represent.

"The mother of a child bride was also forced to marry at an early age. She said they were threatened at gunpoint; she had no choice but to arrange her daughter's marriage," Beyazdağ said. "Zarok" interestingly revealed the background for Beyazdağ's second film "Çirok" (Story). He said boys are forced to get married at very early age as well, similar to girls. "This is why it would be wrong to make a distinction such as child grooms or brides. The sufferings of child grooms are not very different from girls, but people are surprised when they hear about this," he continued, highlighting that he wanted to depict Turkey's child grooms in his second film. Beyazdağ tracked down some child grooms with the help of a foundation as well as his relatives, and he interviewed six boys in five different cities whose hands alone are shown in the film.

The director thinks it is pointless to accuse only the parents regarding this issue. "It is a systematic problem. Since they lacked the opportunity or resources to get an education, they passed on this tradition to their children. That's it," Beyazdağ said. One of the child grooms who shared his story said he cried all night when his father said he was going to get married to a little girl. "We were like brother and sister and used to play together. They gave me my sister's husband's grooms suit. I shaved for the first time in my life and we had an Islamic marriage. On the wedding night, she was sitting in tears in one corner of the room while I also started to cry on the other side. We were still brother and sister. I used to sleep on the floor and she slept in the bed," the boy said, adding he might have gone to college if he had not gotten married. Beyazdağ said then when girls get married, their mothers are left alone at home. "Single boys are forced to get married in order to bring a new girl home. She helps the mother with the house chores. They leave school and suffer from a lost childhood," he added. While the director acknowledged the fact that the public is less aware of child grooms, he also pointed out that in comparison, there are more child brides than there are child grooms. Furthermore, the problems of women are more visible and involve more dynamism because women are also exposed to domestic violence. "Boys look more rigid than girls, but their life loses its color when they are only a child. They become parents even before they become an adult," he concluded. Beyazdağ is planning to introduce three films on this issue under the theme "El Üçlemesi" (The Trilogy of Stranger).