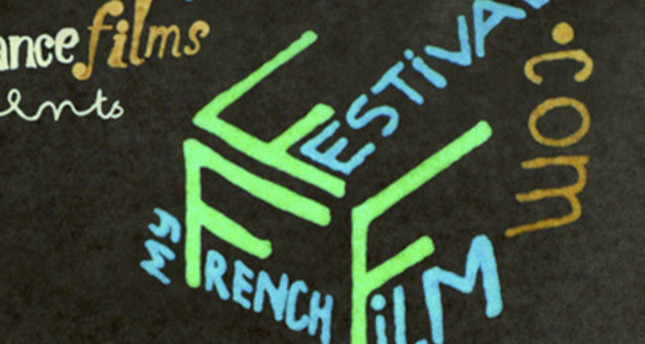 by Zeynep Esra İstanbullu Dec 26, 2014 12:00 am
As an innovative event that showcases the productions of young French filmmakers, "My French Film Festival" will be available to Turkish audiences from Jan. 16 to Feb. 16 via the Internet free of charge. Organized by UniFrance Films, the institution that promotes French films outside France, the festival's previous edition reached over 4 million viewers. The festival is available to all countries with partner platforms, and a total of 23 films will be available to watch of which 10 feature-length and 10 shorts films will be competing for prizes.

Sponsored by Digitürk and the Istanbul-based French Culture Center, the festival will be available on its official Turkish website: www.myfrenchfilmfestival.com/tr. This will also mark Digitürk's third time the company is sponsoring the event in Turkey. As stated on the festival's official website, the festival was introduced with the aim "to showcase the young generation of French filmmakers and enable Internet users all over the world to share their love of French cinema. For its 5th rendition, the festival returns with new films and new partner platforms and launches in theaters in several territories."

Movie buffs from all over the world can access the films submitted for the event's 5th edition from Jan. 16 to Feb. 16.All interested viewers are invited to score the festival films and leave their comments on the website. A special selection includes two Belgian films that are competing, one film out of the competition on cultural heritage and two French-Canadian productions.

Where to watch the films:

Films can be watched in all countries via the website www.myFrenchFilmFestival.com. It will also be available in 90 countries through 30 partner platforms including iTunes.

Film screenings will take place at certain theaters during the festival. Information about theaters and scheduled film hours will be regularly posted on the website.

The upcoming festival will also be available on flights. Several airline companies will screen the competition's films throughout the year, and more information can be found on the website.

Five awards - three for feature-length films and two for short films - will be presented at the end of the festival. This includes the Chopard Directors Award, Lacoste Audience Award and International Press Award.

Chopard Directors Award: Chaired by a French director, the award jury will include foreign film directors.

Lacoste Audience Award: All interested Internet users can rate the films through the online platform available on the website.

The juries of directors and international press members will gather in Paris during the festival to vote for the winning films. They will then be screened on Air France flights for six months beginning in July 2015.

All short films will be screened free of charge throughout the world. Each year, the festival is free in certain countries. The selected regions for 2015 are China, India, Latin America, Poland, Russia and Turkey. For other countries, the cost of renting one feature-length film is $2.44 and one-time access to the feature-length film pack costs $12.23 - except geo-blocked films in certain regions due to operating rights. In France, only short films will be accessible.