Life of Muslim saint in film 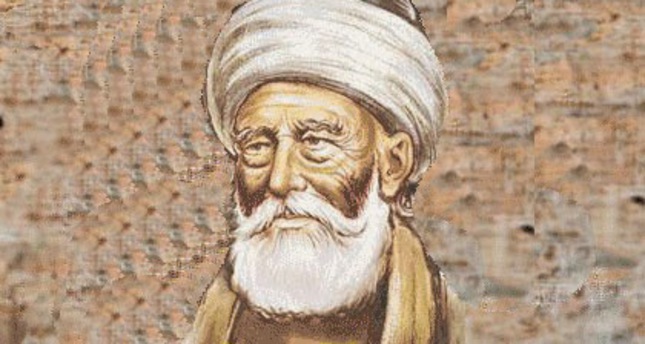 by Daily Sabah Dec 30, 2014 12:00 am
The life of Hamidüddin Aksarayi, also known as "Somuncu Baba," who was the teacher of Hacı Bayram Veli, is adapted to the silver screen. The film titled "Somuncu Baba: the Secret of Love," is being shot in the central Anatolian province of Aksaray. The film, which recounts the years of Hamidüddin Aksarayi in Aksaray during the 13th century, is being filmed in 24 touristic and historical locations including Ihlara Valley, Mount Hasan and Güzelyurt. The script of the film was adapted from Aksaray-based author Mahmut Ulu's book, "Somuncu Baba: The Secret of Love." Actor Furkan Palalı is cast for the role of Somuncu Baba and the filming is expected to continue for a year.

In his statement to Anadolu Agency (AA), Director Kürşat Kırbaz explained that the film is about Somuncu Baba, one of the most important figures of Anatolia's historical Zinciriye Madrasah.

He said the film is scheduled to be completed in a year and added, "the film will be set in different regions of Aksaray. During December, the filming will take place at Zinciriye Madrasah and Mount Hasan." Remarking that it has been two weeks since they started shooting, Kırbaz said the second phase of the film will be completed within a matter of days.

Pleased to make a film on the life of a person whose thoughts influenced Ottoman Sultan Mehmet the Conqueror, he said, "Somuncu Baba was a thinker who was loved and embraced by people throughout Anatolia. Our fundamental duty is to present to people the life, philosophy and thoughts of such an important scholar." Noting that the film will premiere next year, the director emphasized that they have been working hard. Proud and delighted with the results of the shootings and outstanding performances of the actors, "there are days that we work 16 hours straight. We are working devotedly," he said and added, "we are hoping that our film will be a hit in theaters in the upcoming year. We are happy to share our national and cultural values [with the masses]."

On the other hand, Palalı, the lead actor, expressed his delight at being given the role of Somuncu Baba. Stating that Somuncu Baba was a Sufi and "eren" (muslim saint) of Anatolia, who lived during the 13th century, Palalı said, "We are filming the life story of Somuncu Baba. Getting this role is a great achievement for me. I strongly feel there should be more films like "Somuncu Baba: The Secret of Love" in Turkish cinema. People will be able to learn new things while watching the film." Palalı touched on the difficulty of playing Somuncu Baba, since "experiencing and feeling those times as well as enacting one of the most important thinkers of that era is fun but also requires hard work. Giving life to the role of Somuncu Baba is a source of pride," he said.