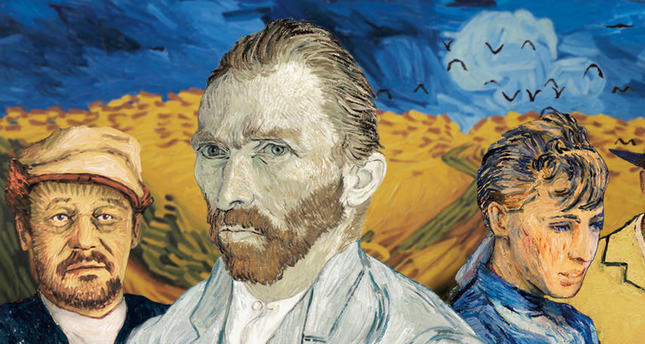 Every frame of the animation is an oil painting on canvas by a professional artist, adopting Van Gogh's personal style. As a flourishing directorial talent from Poland, Dorota Kobiela is the director of the upcoming film.

"Loving Vincent" is composed of more than 120 of the painter's greatest works. As the film's official website states, "The plot drawn from 800 letters written by Van Gogh himself, lead [viewers] to the significant people and events in the time leading to his unexpected death."

Investigating whether Van Gogh's death is suicide or murder, the plot unfolds through dramatic descriptions and interviews with those close to him.

The Oscar-winning production companies intend to bring the life story of the 19th century artist, who vivaciously reflected his intense mind on his works, to the big screen.

They describe the goal of their project with Van Gogh's words in his last letter that he wrote from his deathbed, "Well, the truth is, we cannot speak other than by our paintings." BreakThru Productions created a special work place "Painting Animation Work Stations" (PAWS) with a seat capacity for 30 painters.

Currently, 60 painters have been employed to complete the 80-minute film of 56,800 hand-painted frames in only two years. "Loving Vincent" is set to be released this year to mark the 125th anniversary of Van Gogh's death. Born on March 30, 1853 in the southern Netherlands, Van Gogh decided to become an artist at the age of 27. He ambitiously trained himself in painting and drawing.

Once he settled in Paris, he met with French impressionist artists including Camille Pissarro, Paul Gauguin and Edgar Degas, all of whom influenced his painting style. Van Gogh began to use brighter and vibrant colors on his works and produced many self-portraits then.

Plagued by chronic psychiatric disorder throughout his life, he spent time in hospitals, but is always mentioned with his incredible artistic creativity.

Certain pathological evidence suggests he developed manic depression that affects many creative people. Reflecting intense colors in his final works, Van Gogh is known to have committed suicide in 1890, but certain authors and experts claim he was killed.