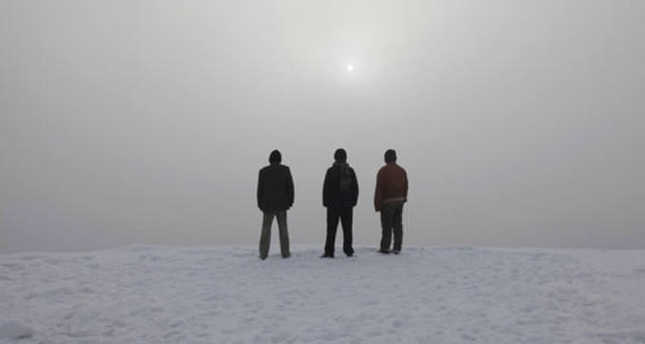 The 65th Berlin International Film Festival, known as "Berlinale," which runs from Feb. 5 to Feb. 15, will screen Turkish director Faruk Hacıhafızoğlu's debut feature film "Kar Korsanları" (Snow Pirates) in the "Generation" category, devoted to productions about children and young people. The drama, which depicts the struggle for existence of three children residing in Turkey's northeastern city of Kars, will makes its world premiere at the festival and compete for the Crystal Bear.

Under the shadow of the military coup in 1980, the film tells a story about the friendship between three children between the ages of 12 and 13 who search for coal to take home in the bitter cold. Using pure cinematic language, Hacıhafızoğlu introduces the world of grown-ups through the eyes of little boys - Serhat, Gürbüz and İbo - who painfully come to understand life's responsibilities. Set in the winter of 1981, the city of Kars is covered with snow, and every household is suffering from not only the lack of freedom but also coal to burn at home. Everywhere is the same for these three boys, because they freeze wherever they go, and solidarity is the film's main theme, as every day the boys hunt for coal together. Studying contemporary media practices at Westminster University, Hacıhafızoğlu described his film in a statement, saying, "It is a story about childhood, the most special and innocent years of a human being."

Aside from Hacıhafızoğlu's film, the festival's international short film jury features Halil Altındere, a Turkish curator and artist. The winners of the Golden and the Silver Bear and the Audi Short Film Award will be chosen by Altındere, curator and author Wahyuni Hadi from Singapore, and filmmaker Madhusree Dutta from India. As a central figure in the Turkish contemporary art world, Altındere has participated in exhibitions and biennials in Gwangju, Sharjah and Sao Paulo. Recently, the German-Turkish actress Sibel Kekilli, who played the role of Shae in the popular American fantasy drama "Game of Thrones," was named as a member of the festival's Amnesty International Film Prize jury committee.

The Berlinale will open with the world premiere of Spanish director Isabel Coixet's "Nobody Wants the Night," a Spanish, French and Bulgarian co-production set in 1908 in Greenland. The adventure film stars Academy Award winning actress Juliette Binoche, Japanese artist Rinko Kikuchi and Irish actor Gabriel Byrne. So far, seven films have been announced for the festival's main "Competition" category. The category's lineup includes former Berlinale bear winners Andreas Dresden with "Als Wir Traeumten" (When We Are Dreaming) and Terrence Malick with "Knight of Cups." Additionally, Peter Greenway's "Eisenstein in Gunajuanto," British director Andrew Haigh's "45 Years," Alexey German's "Under Electric Clouds" and Jayro Bustamante's "Ixcanul Volcano" will participate in this year's competition category. Kenneth Branagh's live-action Cinderella, a new interpretation of the famous fable, will be screened out of the category. Each year, the prestigious event screens around 400 films in different sections, such as "Competition," "Panorama," "Generation," "Forum," "Perspektive Deutches Kino," "Berlinale Shorts." The prestigious film festival drew 8,400 professionals from the European Film Market and hosted around 490,000 guests.