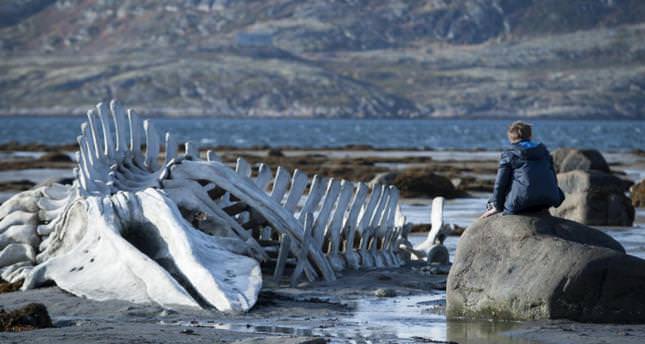 Russian director Andrey Zvyagintsev’s latest film “Leviathan,” which caused a stir at every film festival last year, has been nominated for an Academy Award for Best Foreign Film

Granted a Golden Globe for the "Best Foreign Film," "Leviathan" has managed to win awards at every film festival to which it was submitted. Regarded as "bold" by film critics because it criticizes politics and religious and state affairs, as well as Russian President Vladamir Putin's administration, Zvyagintsev's film is coming soon to Turkish theaters. Zvyagintsev, who is known for his films "Elena," "The Banishment" and "The Return," has been at the center of attention since the 67th Cannes Film Festival. Starring Aleksei Serebryakov, Vladimir Vdovichenkov, Roman Madyanov and Elena Lyadova, who is an indispensable actress to the director, "Leviathan" recounts the story of people who try to hide behind alcohol and sexuality to avoid their own weaknesses and corrupt institutions with an epic narration. The film, which lost the "Best Film Award" to Nuri Bilge Ceylan's "Winter Sleep" at Cannes, resembles Ceylan's acclaimed film with its art directorship, well-written scenes and Chekhov-like dialogue.

The leviathan, which is a sea monster symbolizing evil in the Torah and the Bible, is believed to be the master of whales; in Zvyagintsev's film, this symbol is used as a metaphor for the Russian state. The film, which criticizes problems related to bureaucracy and the right of possession, features a skeleton of a whale to emphasize the metaphor. By using the symbols of the skeleton and the statue of Lenin, the 50-year-old director does not fail to aim harsh criticism at bureaucracy and religion. The film, which voices criticism at almost every institution in Russia from the Russian Orthodox Church to the judicial system, stands out with its scenes depicting drunken Russian police opening fire on portraits of Russian leaders, making references to Putin.