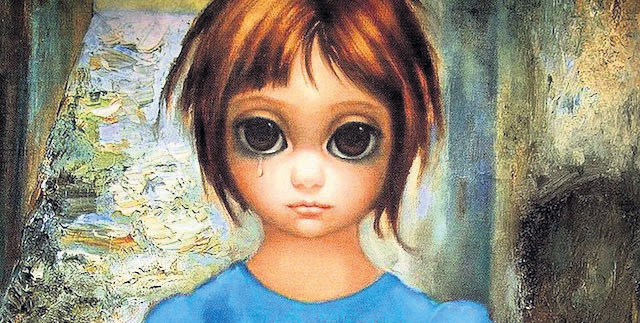 Directed by Tim Burton, the bio-drama stars Amy Adams, Christoph Waltz, Krysten Ritter and Jason Schwartzman. Set in the 1960s, the film screens the power struggle between American painter Margaret Keane (Amy Adams), who mostly paints children and animals with big eyes, and her husband Walter Keane (Christopher Waltz). Burton puts particular emphasis on distortion and exaggeration in his films, but the characters never lose their humanistic side.

A group of medical students are working on a project to find a way to bring dead patients back to life. When the dean learns the secret experiment, he takes the wind out of their sails and the project is immediately canceled. He takes everything from the researchers' hands, yet the group is determined to go on. In their second attempt, Zoe, one of the researchers, dies in the lab. The group then uses Zoe as the subject and tries to bring the young woman back to life. They are successful, but Zoe has turned into a devil. Directed by David Gelb, the American thriller stars Mark Duplass, Olivia Wilde, Donald Glover and Evan Peters.

Adapted to the screen from Cecelia Ahern's best-selling novel "Where Rainbows End," the romantic comedy is directed by Christian Ditter and stars Sam Claflin, Lily Collins and Christian Cooke. Rosie Dunne (Lily Collins) and Alex Stewart (Christian Cooke) have been friends since the age of five. They decide to get married, but when it comes to love, everything changes. Love, Rosie screens a love story tinged with disappointment.

The 2014 comedy-drama is directed by Palme d'Or-winning director Laurent Cantet. Adapted from Cuban author Leonarda Padura's novel of the same title, the film stars Isabel Santos, Jorge Prugorria, Fernando Hechevarria, Nestor Jimenez, Pedro Julio Diaz Ferran and Carmen. Five old friends in Havana reflect on their lives, unrealized dreams and experiences in Padura's touching movie. With the scars of years, they have arrived at middle age but are aware of what challenges they have overcome.

The American science-fiction film is directed by Neill Blomkamp, known for his successful productions such as "District 9" and "Elysium." Starring Sharlto Copley, Dev Patel, Jose Pablo Cantillo and Hugh Jackman, Chappie introduces a world of oppressive robot police forces controlling the lives of people. One of them, Chappie (Sharlto Copley), is stolen and re-designed to learn and feel for himself. In a short period of time, he turns out to be a big threat for humanity and social order. Officials give every effort to stop it.
Last Update: Mar 07, 2015 2:06 am
RELATED TOPICS