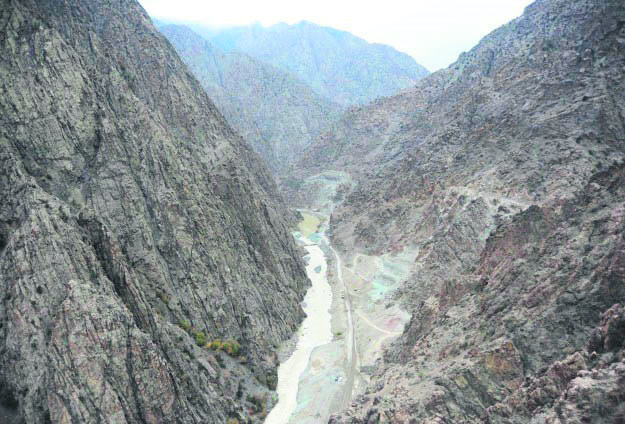 Villagers say completion of the project will have devastating effects on livelihoods, 39,000 hectares of forest, ecosystems and local biodiversity

A new documentary hopes to highlight the plight of remote Cambodian villagers as they strive to combat the construction of a dam. The 17-minute film highlights an ethnic minority in the northern province of Stung Treng as it fights alongside rights and environmental groups to stop the Lower Sesan II dam project, which was given the green light July 2, 2012.

The villagers say its completion would have a devastating affect on their livelihoods, 39,000 hectares of forest, ecosystems and biodiversity in the region.

"It will have a serious impact," one local says of the Chinese/Cambodian-backed 400-megawatt dam, while another stresses that people "really do not want" the project, but do want to continue to live in peace with the land. Many indigenous communities in Cambodia are animist and have deep spiritual connections to the land and nature around them. Tea Chub, a secretary of state at the Ministry of Environment, is seen delivering a speech in the documentary in which he concedes that "local communities, rice fields and farming areas will be flooded; consequently, this would affect ... indigenous people's spiritual places, indigenous burial grounds," as well as wetlands, forests and fish stocks.

"They will not recognize these resources any more," Kbal Romeas community representative Dam Samnang tearfully says of coming generations, as he sits in front of pictures of trees and rivers.

The communities argue that rural electrification is not as important as maintaining the natural integrity of the land, and many are unhappy with the compensation and relocation packages that have been offered to them.

In a statement released Friday, the NGO Forum - a consortium of rights groups that has produced the movie - said it hopes the film will draw fresh attention to the issue and "serve as an awareness raising and advocacy tool." It added that it hopes the film will "convince politicians, diplomats, governments and regional leadership to pursue concrete actions to respect the importance of the river, cultures and livelihood of those who are dependent on the aquatic resources and non-timber forest products." Despite protests, petitions and warnings of devastating environmental impact by the International Rivers group, construction has already started in the area; the land being cleared to make way for a reservoir.
Last Update: Mar 23, 2015 1:09 am
RELATED TOPICS