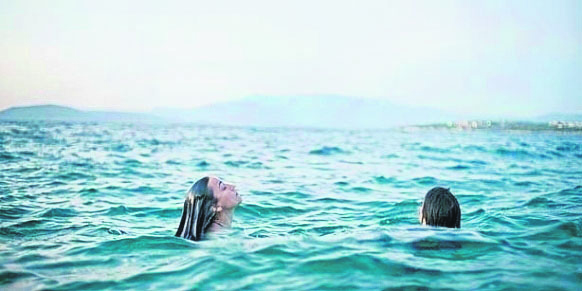 by Anadolu Agency Mar 27, 2015 12:00 am
A festival of Turkish films will be held in New York beginning on March 27, and feature movies by established and emerging Turkish directors. The 14th New York Turkish Film Festival, held by the American Turkish Society, a non-profit organization fostering ties between Turkey and the U.S., will showcase eight movies including acclaimed Turkish director Cagan Irmak's latest feature, "Whisper If I Forget." The School of Visual Arts Theater in Chelsea will host the event.

The festival will open with a screening of "I'm Not Him," by prolific author-director Tayfun Pirselimoglu, who will appear in a Q&A session after the screening.

The film was the recipient of best film, best screenplay and best actor awards at the Istanbul Film Festival, and winner of best screenplay at the Rome Film Festival. Entries also include "Fish" by Turkish-Cypriot filmmaker Dervis Zaim; "Consequences" by Ozan Aciktan; "Song of My Mother" by Erol Mintas; "Nobody's Home" by Deniz Akcay Katiksiz; "Seaburners" by Melisa Onel; and "Impeccables" by Ramin Matin. Tickets for the film festival can be purchased online at http://www.newyorkturkishfilmfestival.com
Last Update: Mar 27, 2015 2:25 am
RELATED TOPICS