German cinema for a Turkish audience 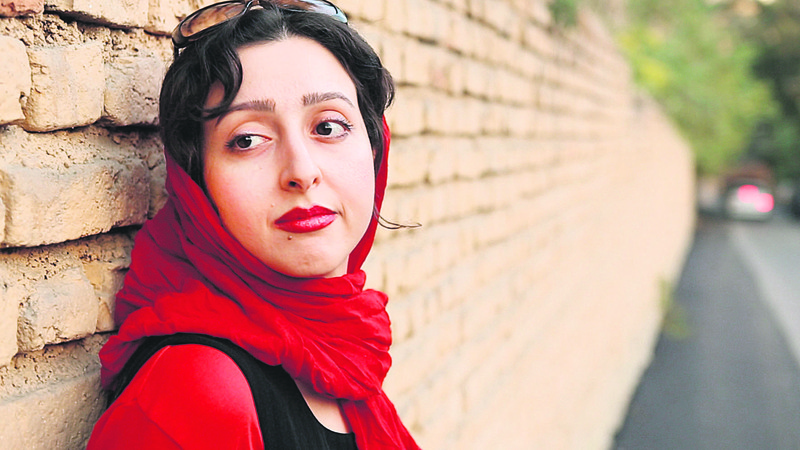 by Zeynep Esra İstanbullu Apr 07, 2015 12:00 am
Launched on April 4, the 34th Istanbul Film Festival continues at full speed. In collaboration with the Goethe-Institut Istanbul and German Films, the festival committee presents outstanding examples of German cinema to a Turkish audience. The film program called "Kino 2015," which premiered at the Berlin International Film Festival in February, will be presented to cinema lovers in Ankara, İzmir and Diyarbakır following the screenings in Istanbul.

"Victoria," which will be screened as part of the "From World Festivals" section, competed for the Golden Bear award and won the Silver Berlin Bear for Outstanding Artistic Contribution at the Berlin International Film Festival. This unusual detective story, which has a single 140 minute plot, begins with a group of youths who get involved in a robbery while they are chatting outside a night club in Berlin. As the youngsters shuttle between different parts of the city, the camera accompanies them uninterruptedly. Directed by Sebastian Schipper, "Victoria" won the Reader Jury of the "Berliner Morgenpost" and the Prize of the Guild of German Art House Cinemas.

"B-Movie: Lust & Sound in West-Berlin, 1979-1989," which will be screened as part of the NTV Documentary Session, premiered at the Berlin International Film Festival where it won the Heiner Carow Prize. The film focuses on the story of Mark Reeder who leaves his job at a record store in Manchester and travels to West Berlin after becoming obsessed with German music bands. The film is composed of collages, music videos, concert recordings, TV program clips, scenes from various films and material from personal archives. The movie will take the audience on a musical journey to West Berlin, where counterculture is alive, and includes interviews with Blixa Bargeld, Einstürzende Neubauten, Nick Cave and Christiane F - who is best known for her autobiographical book "We Children of Bahnhof Zoo" - along with studio recordings of prominent feminist post-punk band Malaria! "B-Movie: Lust & Sound in West-Berlin, 1979-1989" will bring music lovers together during a special night that takes its name from Einstürzende Neubauten's namesake song title. The film's party where Klaus Maeck, one of the film's directors, and writer Yeşim Tabak will get behind the DJ deck, will be held on April 11 at Krow. While tickets for the party are TL 20 ($7.73), those who have a ticket for the film screening can enter the party free of charge.

Directed by Oliver Hirschbiegel, "Elser" premiered in Berlin and is one of the most anticipated movies to be screened in the Akbank Premiers section. The director, who depicted the last days of Adolf Hitler in a shelter on the silver screen with his film "Downfall" 10 years ago, focused on a similar real event about Hitler. "Elser" narrates the prosecution of Georg Elser who tried to assassinate Hitler in 1939. Hirschbiegel uses flashbacks to deliver the story to the audience. Known for his role in Michael Haneke's "White Ribbon," Christian Friedel plays Elser, the man who could have changed the course of time if he had had 13 more minutes. Hirschbiegel's directorial debut "Das Experiment" competed for the Golden Tulip and won the Radikal Public Award at the Istanbul Film Festival in 2002.

Christian Petzold is one of the shining figures of contemporary German cinema, and his latest film "Phoenix" will compete for the Golden Tulip at this year's festival. Premiering at the Toronto Film Festival, "Phoenix" was chosen as the best fiction film of the festival by the critics of IndieWire, and won several awards including the FIPRESCI Prize at the San Sebastian International Film Festival and the Special Jury Prize in Lisbon. In his latest film, director Petzold once again brings together the leading actors of his previous film "Barbara" - Nina Hoss and Ronald Zehrfeld. Set in post-World War II Berlin, Hoss plays Nelly who is a singer who survived the horrible conditions of a concentration camp. As her face is highly deformed, she needs to undergo surgery. When she meets her husband (Zehrfeld) following her surgery, their lives change. This mysterious love story references various classics from Hitchcock's "Vertigo" to Georges Franju's "Les Yeux Sans Visage" (Eyes Without a Face). Petzold will attend the screening of the film at the Feriye and Atlas movie theaters as a guest of the 34th ‎Istanbul Film Festival.

The directorial debut of Sigrid Hoerner depicts the story of two people who defy their age. Louise (Iris Berben, one of the most famous actresses of German cinema) is determined to get pregnant at the age of 60. "Miss Sixty" is a delightful comedy that shows that nothing is too late in life, and a second spring can come knocking on the door at an unexpected time. Hoerner is among this year's guests and will participate in the screening. "Miss Sixty" will be shown as part of the festival's "Antidepressant" section.

Produced over three years, Ayat Najafi's "No Land's Song" competes for the Film Award of the Council of Europe (FACE) in the human rights category. Last year, the film won the Montreal World Award for Best Documentary. Since the 1979 Iranian revolution, Iranian women are no longer allowed to perform as soloists in public - at least in front of men. "No Land's Song" depicts how a group of women organize a concert of female singers for the first time after the revolution, and Najafi addresses women's struggle with the government. On April 13, Najafi will attend the screening at the Beyoğlu Movie Theater and answer audience questions.

Each year, the Istanbul Film Festival screens animation films from different countries. This year, movie enthusiasts will be visiting Germany's animation landscape. Curated by Annegret Richter, the head of the Animation Film Section at the DOK Leipzig International Documentary and Animation Film Festival, the New German Animation Cinema is divided into two parts. The first part will feature the productions of young directors and also the latest animation films of experienced German directors. The second section will focus on audience members between the ages of three and nine. On April 14, Richter will participate in the screenings and then attend a panel session at 5:30 p.m. at the Pera Museum. Attendants will also learn more about the films at Kino 2015.

Aside from the films screened as part of Kino 2015, the Istanbul Film Festival will introduce other interesting German productions including "Everything Will Be Fine" by Wim Wenders. The German drama premiered in February in Berlin. Other scheduled films to be shown include the Academy Award-winning documentary "Citizenfour," "Von Caligari zu Hitler: Das Deutsche Kino im Zeitalter der Massen" (From Caligari to Hitler: German Cinema in the Age of the Masses) by Rüdiger Suchsland and "Quatsch und die Nasenbärbande" (Fiddlesticks) by Veit Helmer. Based on celebrated sociologist Siegfried Kracauer's seminal book of the same title, Suchsland's film toured many film festivals after its debut at the Venice Film Festival. Helmer and Suchsland will also be among the festival's guests. The festival will introduce more than 200 films til April 19, and leading names of the film industry will be hosted during the 16-day event. For more details about the film festival, please visit film.iksv.org. For more information about Kino 2015 specifically, visitwww.kino2015.org and www.goethe.de/istanbul-german-films