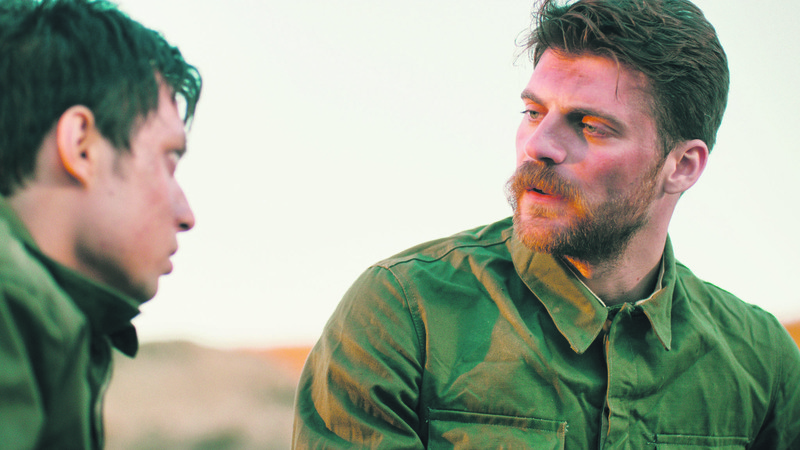 Produced and directed by İhsan Taş, this film tells the story of three Turkish youngsters who try to escape to Turkey due to the oppression that they are exposed to in Bulgaria between 1950 and 1970. The cast of the film includes Zeynep Gülmez, Atilla Saral, Burak Kaya, Efe Kopuz, Onur Bayraktar, İlker Gürsoy, Hüseyin Elmalıpınar, Mehmet Vanlıoğlu, Ender Turan, Ali Özkan Dinkçi, Şeyma Erdoğan and Gizem Güpür.

Directed by Erik Van Looy, "Loft" stars Karl Urban, James Marsden, Wentworth Miller and Eric Stonestreet. With the tagline, "Those who accept the key also accept the rules," the film focuses on a murder in a loft that is used by five friends to cover up their extra-marital affairs.

Marie lives with her bedridden mother and her father in a small fishing town in Denmark. As she grows up, she becomes exposed to the sexist and restrictive behaviors of the town's locals. In time, Marie who is an attractive, healthy and free-spirited young woman, experiences terrifying physical changes and she embraces her new wolf identity. The film, which is the directorial debut of Dane Jonas Alexander Arnby, stars Lars Mikkelsen, Sonia Suhl, Sonja Richter and Jakob Oftebro.

This drama stars Academy Award-winner Helen Mirren and Ryan Reynolds and was directed by Simon Curtis. The film tells the story of a Jewish woman who was forced to move to Austria during World War II and her struggle to get the family's inheritance, a painting, after 60 years.

This film, which is the directorial debut of American comedian and host of The Daily Show, Jon Stewart, stars Gael Garcia Bernal, Haluk Bilginer, Dimitri Leonidas and Shohreh Aghdashloo. Adapted from BBC correspondent Maziar Bahari's book, "Rosewater," the film centers on Bahari's experiences after he was detained in Iran for 100 days in 2009. Turkish actor Bilginer plays the role of Bahari's father, Baba Akbar

"The Lovers" is an action-adventure film starring Josh Hartnett, Alice Englert, Tamsin Egerton and Bipasha Basu, and directed by Roland Joffe. The film tells the story of two lovers chasing after an impossible love on two different continents and two separate timelines.

A group of American archaeologists unearths a lost pyramid in the desert, but the consequences of this discovery is about to cost them their lives. As they unearth the mysteries, they understand they are not only locked inside the pyramid, but they are also hunted. They search the pyramid's depths, becoming hopelessly lost in its dark and endless catacombs. Searching for a way out, they become desperate to seek daylight again. Directed by Gregory Levasseur, the horror flick stars Ashley Hinshaw, James Buckley, Denis O'Hare and Daniel Amerman.

CubStarring Stef Aerts, Evelien Bosmans, Titus De Voogdt and Gill Eeckelaert, the film was directed by Jonas Govaerts. The film is about a weekend camping trip in the woods of scout troop Pathfinder and the horrific events that follow their trip.
Last Update: Apr 11, 2015 1:54 am
RELATED TOPICS