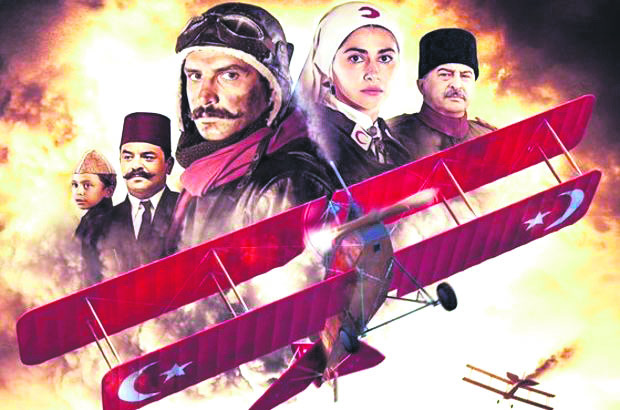 by Anadolu Agency Apr 24, 2015 12:00 am
The seventh Turkish Film Festival began Wednesday evening in Sarajevo, opening with Özhan Eren's "Son Mektup" (The Last Letter). Organized by the Turkish Embassy's Culture and Tourism Office, the festival runs to April 27, with six films. Soner Şahin, the embassy's culture and tourism officer, said: "2015 is the 100th anniversary of victory of the Battle of Gallipoli so we will launch the festival with 'The Last Letter.' "The film, by acclaimed Turkish director Eren, tells the story of a letter written during the Battle of Gallipoli, that arrives years later. "Mucize" (Miracle), directed by Mahsun Kırmızıgül; "Aşk Tesadüfleri Server" (Love Loves Coincidences) by Ömer Faruk Sorak; "Kelebeğin Rüyası" (The Butterfly's Dream) by Yılmaz Erdoğan; "Bir Zamanlar Anadolu'da" (Once Upon a Time in Anatolia) by Nuri Bilge Ceylan and "Fetih 1453" (Conquest 1453) by Faruk Aksoy complete the line-up. The Butterfly's Dream won the Best Film Music award at the 15th Milan International Film Festival, in Italy and the Public Choice Award in the 13th World Soundtrack Academy in Belgium. After Sarajevo, the festival will move to Zenica.
Last Update: Apr 25, 2015 12:36 am
RELATED TOPICS