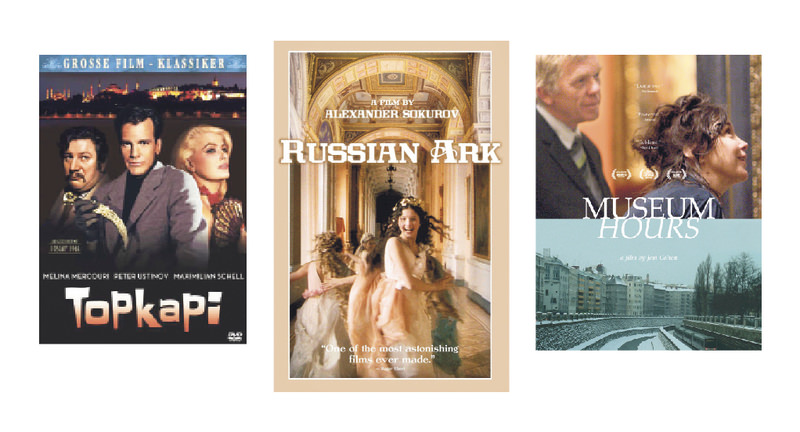 To encourage the public to experience the cultural wealth of museums and mark May 18, International Museum Day, Istanbul Modern will introduce a selection of films at famous museums around the world including Topkapı Palace

As part of the May 18 International Museum Day celebrations, Istanbul Modern Cinema will bring a selection of films set in the world's most prestigious museums from May 14-23. To give the audience the opportunity to interact with museums, the "Ziyaret Saatleri" (Visiting Hours) film program presents "Russian Ark" by Alexander Sokurov, one of the most authentic directors of Russian cinema. Viewers will forget time and space when they visit the glamorous halls and galleries of the State Hermitage Museum's Winter Palace in St. Petersburg. Another audience will then learn how Topkapı Palace was featured on the big screen from the perspective of Jules Dassin's 1964 production "Topkapı" starring Melina Mercouri and Peter Ustinov in the leading roles. The film program will also take viewers to the Kunsthistorisches Museum in Vienna for Jem Cohen's documentary "Museum Hours." 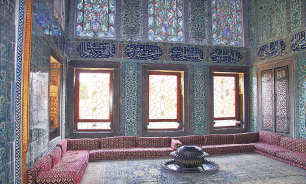 Standing as the primary residence of Ottoman sultans as well as the administrative and cultural center of the empire for almost 400 years, Topkapı Palace was the film set of American director Jules Dassin's film "Topkapi." Arthur Simon Simpson is part of a gang of jewel thieves planning to steal the emerald encrusted dagger of Mehmed the Conqueror from the Topkapı Museum. The 1964 heist film features Elizabeth Lipp who is obsessed with jewelry. It begins with Elizabeth's tour around Topkapı Museum. The arms collection, sacred relics and imperial jewelry compose only a small part of the palace's collections. Topkapı Palace is among the Historical Areas of Istanbul, a UNESCO World Heritage Site. 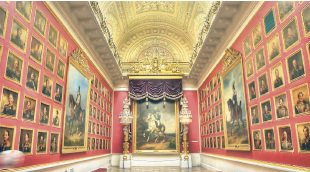 Released in 2012, filmmaker Alexander Sokurov's single unedited shot "Russian Ark" dives into the depths of Russian culture while wandering around the Winter Palace of the State Hermitage Museum in St. Petersburg. An unseen narrator explores the impressively designed baroque-style architecture, which was the official residence of Russian tsars from the 18th century to the early 20th century. In the film, the narrator died in an accident and his ghost walks along the palace boasting its more than 1,000 elegant rooms and halls. Watching the historical drama through his eyes, the audience comes across historical figures from the last two centuries. They see Russian Tsar Peter I, Empress Catherine the Great - the longest-ruling female of Russia - and the gorgeous Great Royal Ball of 1913 - the jubilee of the Romanov dynasty celebrating the end of 3,000 years of Russian monarchies. A French traveler, Marquis de Custine, accompanies the narrator towards the end of the film where they encounter palace residents and visitors, leaving the audience enthralled with historical artwork and elaborate costumes.

Set in the Kunsthistorisches Museum in Vienna, Jem Cohen's Austrian-American drama "Museum Hours" is built upon the conversations of two people who embark on a strange friendship. Johan, a museum guard, and Anne, a Canadian visitor who is wondering around the city, discover they both have the same appreciation for art. As their relationship becomes more elaborate and the topics that they concentrate on deepen, the two begin to question the crucial elements of contemporary life. Through their conversations and the priceless artwork surrounding them, they explore their own lives, the life in the city as well as how artworks can change a person's daily routine. While Cohen reveals the ugly side of museums, such as shouting children and unimpressed people, he also portrays the city of Vienna as a museum hosting many valuable artifacts and historical buildings as well as all the vulgarities that a modern city shelters.
Last Update: May 11, 2015 10:58 pm
RELATED TOPICS