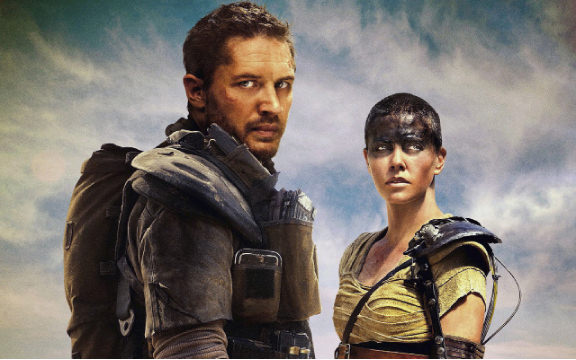 by Piya Sinha-Roy May 14, 2015 12:00 am
When director George Miller returned to his dystopian "Mad Max" franchise after 30 years for "Fury Road," he wanted to find a visceral way to immerse the audience in his surreal, saturated post-apocalyptic world.

"It felt like going back to something we had done in the past," Miller told Reuters. "I wanted to make a movie almost like visual rock and roll or opera that just sweeps you up into the screen."

The 70-year-old director also wanted to put a powerful woman on the Mad Max map, with Charlize Theron as Imperator Furiosa.

"Mad Max: Fury Road," out in U.S. theaters on Friday, follows Furiosa on a mission to rescue a group of beautiful women imprisoned by warlord Immortan Joe.

Furiosa provides the biggest progression in Miller's world: a hardened female counterpart to Max in a society that reduces women to being "breeders" to the warlord. "I don't think a lot of filmmakers really truly have an interest to want to understand what women represent not only in the post apocalyptic world, but the world today," said Theron, who shaved her hair off to play the warrior.

The director said "Fury Road" is "uniquely familiar" to his first "Mad Max" film trilogy released between 1979 and 1985. Those movies, which starred Mel Gibson, were also set in a world fueled by fire, rage and war.

The new film plays out mostly through a constantly moving car chase across the Australian wastelands. Advances in movie-making technology allow Miller to place cameras in positions that give viewers an adrenaline rush by immersing them in the action.

Hardy said he did not try to fill Gibson's "Mad Max" shoes. Instead, he sought to further Miller's vision of the tormented Max, who spends half the film muzzled by his captors and is haunted throughout by visions of his dead family.

"This is George's world and he's pushing the boundaries and endeavoring to grow it and develop more the world of the post apocalyptic landscape that it's set in," he said.
RELATED TOPICS