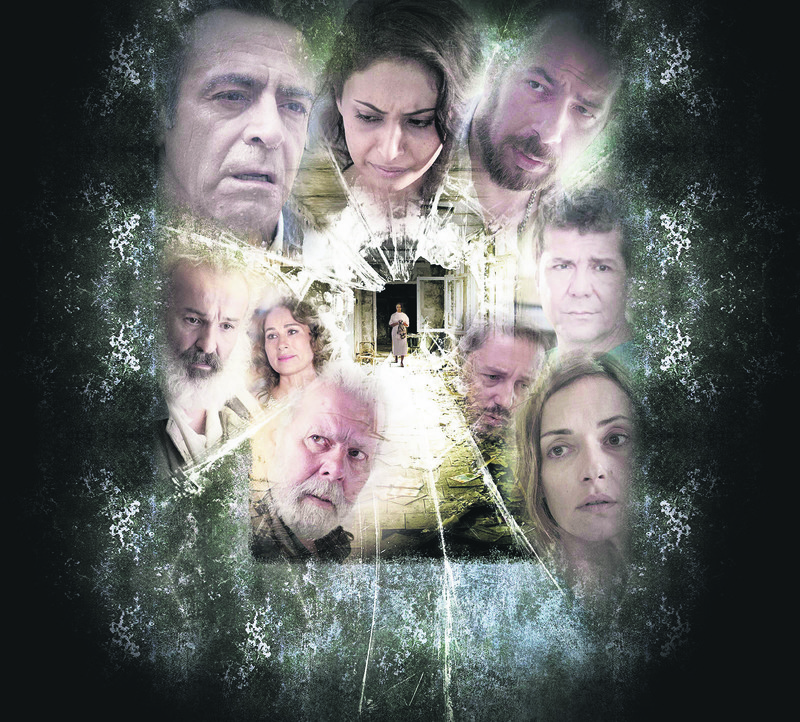 Directed by Korhan Uğur, this Turkish production stars Levent Ülgen, Hakan Vanlı, Neriman Uğur and Kyamran Agabalaev. The film focuses on a Syrian refugee family's troubled relationship with the mafia and narrates the story of an illegal operation affecting the lives of nine people.

The Woman in Black 2

Starring Helen McCrory, Jeremy Irvine, Phoebe Fox and Mary Roscoe, the film was directed by Tom Harper. Set in London during World War II, the second film of this horror series centers on a group of people in the house of Eel Marsh - a creepy, but safe house.

Staring well-known actors, the British-German production features Michelle Williams, Kristin Scott Thomas, Matthias Schoenaerts, Margot Robbie and Sam Riley. The film, on which Saul Dibb, the director of "The Duchess," worked tirelessly, was adapted to the screen from the namesake, best-selling novel written by Irene Nemirovsky. The drama focuses on the love story between a woman who is trapped with her oppressive mother-in-law and a German soldier during the Nazi occupation of France.

Far From the Madding Crowd

Directed by Thomas Vinterberg, "Far From the Madding Crowd" stars Carey Mulligan, Matthias Schoenaerts, Michael Sheen and Tom Sturridge. Adapted from Thomas Hardy's namesake, classic novel, the film tells the story of a beautiful and headstrong Victorian English woman, Bathsheba Everdene and her days on the farm she inherited from her uncle. Throughout the film, Bathsheba discovers freedom and love.

Starring Greta Gerwig, Felix de Givry, Pauline Etienne, Vincent Macaigne and Hugo Conzelmann and directed by Mia Hansen-Love, this 2014 French drama shines with the performances of Gerwig and Etienne. Focusing on the importance of making mistakes and finding hope, "Eden" takes the audience on a journey through the last 20 years of electronic music in France. The film tells the story of a young DJ's rise and fall in the early 1990s.

Tinker Bell and the Legend of Neverbeast

This week's animated film, "Tinker Bell and the Legend of Neverbeast," was voiced by Ginnifer Goodwin, Mae Whitman, Rosario Dawson and Lucy Liu, and directed by Steve Loter. The film invites the audience on an epic and emotional adventure.
Last Update: May 15, 2015 9:56 pm