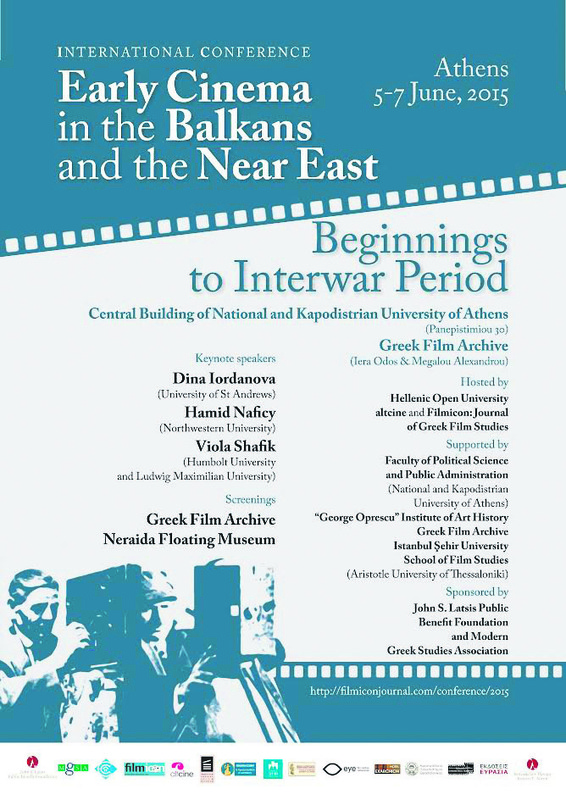 by Daily Sabah Jun 04, 2015 12:00 am
The international conference "Early Cinema in the Balkans and the Near East" will be held from tomorrow until June 7 in Athens. The three-day conference is a collaborative project between Istanbul Şehir University, the Hellenic Open University and the Hyperion University Bucharest.

Hosted by Filmicon, one of the most reputable digital cinema magazines made by independent scientists and academics, the upcoming conference will shed light on the Balkans and the Near East, two regions that have been out of focus with regard to the film industry. Gathering cinema historians and movie archivists from different universities, the conference's committee features Canan Balan of Istanbul Şehir University. During the conference, lesser-known Balkan films will be unveiled. Distinguished academics such as Dina Iordanova, Hamid Naficy and Viola Shafik will participate as keynote speakers. Important international and Turkish cinema researchers such as Elizabeth Thompson, Vassiliki Tsitsopoulos, Peyami Çelikcan and Nezih Erdoğan will present their papers, which will bring forgotten Balkan cinema history to life. The conference aims to raise awareness of record-keeping and movie restoration, and will screen a selection of films for international cinema researchers. The films represent the cultural, social, political and artistic agendas of the regions a century ago. Viewers will have the chance to witness history.
RELATED TOPICS