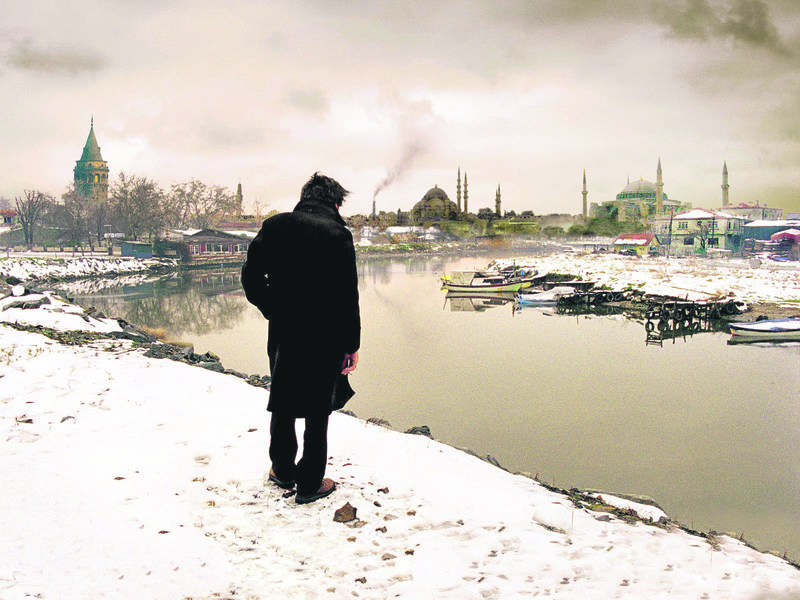 Known as the Academy Awards of Russia, the Moscow International Film Awards will run from June 19 to June 26, and host a special selection of Turkish films titled ‘Cinema of Turkey - Yesterday and Today'

The Moscow International Film Festival will open its curtains for the 37th time tomorrow and will gather veteran artists of world cinema under one roof. The festival, which will take place between June 19 and June 26, will also host a section titled "Cinema of Turkey - Yesterday and Today" that fill feature 10 films as the representatives of Turkish cinema. Uğur Yücel, Tolga Karaçelik, Emre Tanyıldız, Ahmet Mümtaz Taylan, Mert Fırat and Feyyaz Duman are among the participants that will represent Turkey in Moscow.

The Cinema of Turkey platform was established by producer Elif Dağdeviren, who uses cinema as an effective tool of promotion and bringing people together. Also directed by Dağdeviren, the platform held the Turkish Academic Gathering for the first time last year in Moscow. During this, the Turkish team met up with Moscow International Film Festival authorities and decided to present a selection of Turkish films as a part of the upcoming film festival.

This year, Turkish cinema will grace the streets of Moscow as well as the agenda of Russian cinema for a whole week thanks to the contributions of the Turkish Ministry of Culture and Tourism, breaking new ground in the Moscow International Film Festival.

The Moscow International Film Festival, which was first held in 1957 in the Soviet Union and has since continued to be held every other year until 2000, will screen "Gelin" (Bride), the first film of veteran Turkish director Ömer Lütfi Akad's "Gelin, Düğün and Diyet" (Bride, Wedding and Blood Money) trilogy. Starring legendary actress Hülya Koçyiğit in the leading role, the 1973 film is considered one of the touchstones of Turkish cinema and won five awards at the Adana Golden Cocoon Film Festival, including Best Film of the Year. Written and directed by Yavuz Turgul, the 1987 film "Muhsin Bey" (Mr. Muhsin) is also one of the films that will be featured. The film helped its leading actor, Uğur Yücel, win the Best Actor at the Antalya Golden Orange Film Festival. Having premiered at the 63rd Berlin Film Festival, "Soğuk" (Cold), which was written and directed by Yücel, is among the Turkish films that will be screened. Nuri Bilge Ceylan's "Uzak" (Distant), which won the Palme d'Or at the 2003 Cannes Film Festival and "Gişe Memuru" (Booking Clerk), which was directed by Tolga Karaçelik and won Best Film at the Antalya Golden Orange Film Festival, will also be screened. The award-wining Yılmaz Erdoğan film "Kelebeğin Rüyası" (The Butterfly's Dream), Kaan Müjdeci's Golden Lion winner at the 71st Venice Film Festival "Sivas," Erol Mintaş's "Annemin Şarkısı" (My Mother's Song), which won the Best First Film award and helped its leading actor, Feyyaz Duman, win Best Actor at the Antalya Golden Orange Film Festival last year, "Ben O Değilim" (I Am Not Him), which was directed by Tayfun Pirselimoğlu and won Best Film at the Istanbul Film Festival and renowned director Derviş Zaim's 2014 film "Balık" (Fish) will represent Turkey through its journey at the Moscow International Film Festival.

"We put great importance in Turkish cinema's representation in the world with the right organizations," Dağdeviren said while speaking about the special section dedicated to Turkish cinema at the Moscow International Film Festival. "Thanks to our efforts, we are honored to hold a special section at an organization such as the Moscow International Film Festival, which is prestigious and deeply rooted." She said the success of the Turkish Cinema World Academic Gathering that they held in Nov. 2014, played an important role to be recognized by the film festival authorities in Moscow. "If we achieve a similar significant success with this organization, this will open the door to other important events in a powerful and prestigious way. The selected and successful examples of Turkish cinema will allow us to distribute Turkish films to other countries like Russia and create new collaborations," she said.
Last Update: Jun 18, 2015 10:31 pm
RELATED TOPICS