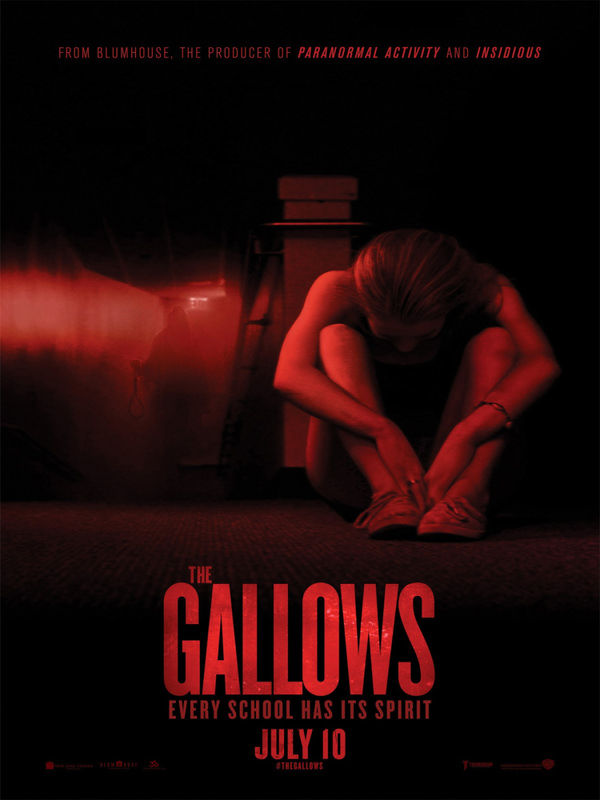 Starring Cassidy Gifford, Ryan Shoos, Reese Mishler and Pfeifer Brown, the horror and thriller movie "The Gallows" was directed by Chris Lofing and Travis Cluff. A group of people reunite after 20 years to stage a play that they could not complete in the high school as the student in the lead role was dead.

Pierce Brosnan, Salma Hayek and Jessica Alba appear in the movie directed by Tom Vaughan. Richard Haig (Pierce Brosnan), a successful literary professor at Cambridge University, finds himself in trouble after he finds out that his girlfriend Kate (Jessica Alba) is pregnant. He needs to make a choice between being a father and choosing Olivia (Kate's older sister) with whom he is in love.

Directed by Emmanuel Mouret, "Caprice" movie stars Virginie Efira, Anais Demoustier and Laurent Stacker. The romantic comedy movie is about Clement; a very shy man who hardly speaks to women. However, he dates a beautiful actress named Alicia. While he enjoys the situation, he meets the young and beautiful Caprice. Clement, who is an unexperienced womanizer, tries to stay away from Caprice, but he is attracted her by more and more. Clement loses his control and asks the advice of his friend Thomas.

Paper Towns is a best-selling novel by John Green that was adapted to the big screen. Cara Delevingne and Nat Wolff star in the movie. Directed by Jake Schreier, it depicts young, romantic and hardworking Quentin, who falls in love with his beautiful neighbor Margo.

Directed by Richard Lagravenese, the movie stars Anna Kendrick and Jeremy Jordan. "The Last Five Years" tells the story of a couple (Cathy and Jamie) and their five-year-long relationship and marriage. The drama is the screen adaptation of Jason Robert Brown's Broadway namesake musical.

Starring Janusz Gajos, Maja Ostaszewska, "Cialo" was directed by Malgorzata Szumowska. A busy attorney is concerned about his daughter's life. Upon her mother's death, his daughter Olga, who cannot bear the pain and becomes anorexic, is hospitalized. A psychiatrist, Anna, says that Olga communicates with dead people. She believes that Olga can only get rid of the burden on her shoulders if she communicates with the other world. The attorney is quite confused, but decides to do something against his rationality.

Starring Kaisa Gurine Antonsen, Lars Arentz Hansen, Nicolai Cleve Broch and Per Kjerstad, "Operation Arctic" offers the chance to experience a dramatic and epic adventure. Adapted from Leif Hamre's novel, "Operation Arctic" was directed by Grethe Boe Waal. The movie tells the story of three children caught in a snowstorm and lost on Spitsbergen Island. "Operation Arctic" not only shows the struggle of these children under harsh living conditions, but also how they experience the fantastic atmosphere of their geography.
Last Update: Jul 24, 2015 11:36 pm
RELATED TOPICS