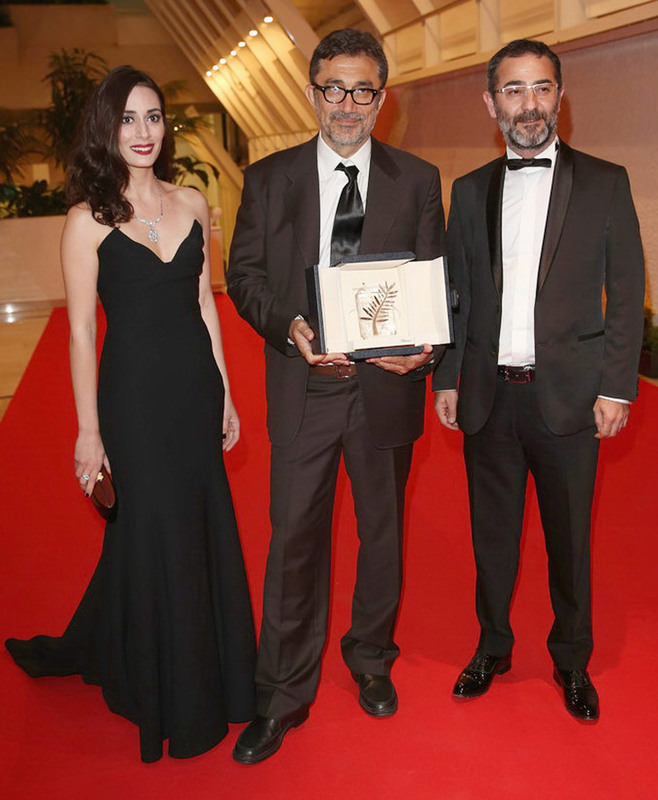 Venice International Film Festival Director Alberto Barbera referred to Turkish auteur and 2014 Cannes Palme d'Or winner Nuri Bilge Ceylan as one of the biggest directors of the time in his recent interview with Doğan News Agency (DHA). Last week, the festival committee announced it main jury including Ceylan, who marked his name in a number of award-winning films. "[His] 'Once in Anatolia' is among the best productions of the last 15 years. If I made a list of top 10 living directors in the world today, Nuri Bilge Ceylan would certainly be one of them," Barbera said, adding that it is a pleasure to see him in the jury.

So far, none of Ceylan's films have been added to the competition line-up, but Barbera said he would like to see his productions at the festival in near future. The 65-year-old director met Ceylan at a festival dinner and offered him a jury member position there. "I mentioned my admiration for Turkish cinema and then asked him to be a jury member... He gladly accepted. It was easy to convince him," he continued.

In his interview, Barbera also praised the rising stars of Turkish cinema. "Last year, Kaan Müjdeci's 'Sivas' was in the main competition line. This year, we have Emin Alper with his beautiful, very tough and shocking film," he went on to say. For him, Turkish cinema has increasingly been interesting in recent years. "[It] is always interesting, yet there is a new generation. They create attention-grabbing films at an international level. This is because they deserve to be shown at important cinema showcases like Venice," Barbera said, while praising the innovative and social side of young Turkish filmmakers.

Award-winning Turkish film director Emin Alper's latest movie will compete in this year's Venice International Film Festival. Alper's 114-minute film "Abluka" (Frenzy) centers on the story of two brothers who struggle to survive under heavy political violence. Alper's film will be competing for the Golden Lion Award against offerings from award-winning directors such as Russia's Alexander Sokurov, Israeli filmmaker Amos Gitai as well as Armenian-Canadian director Atom Egoyan. The world premiere of Senem Tüzel's first feature film "Ana Yurdu" (Motherland) will also be held at the festival venue. Competing at the festival's International Critics' Week section, the film has been nominated for the Lion of the Future award.