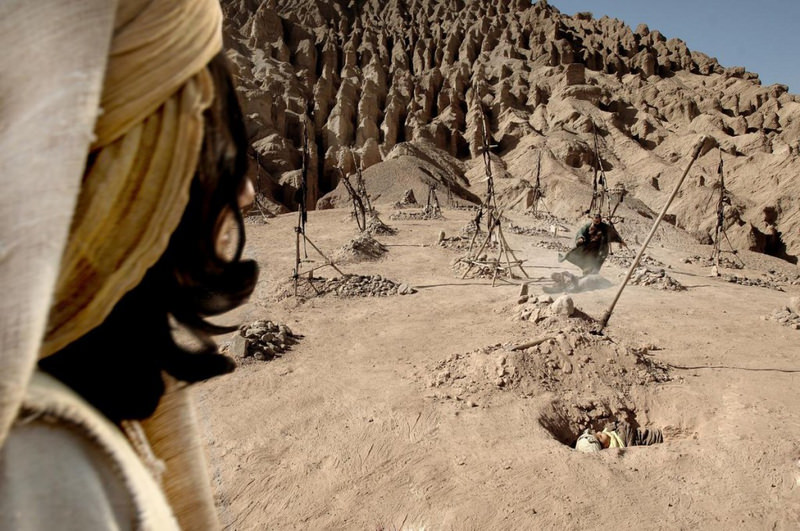 Accomplished Iranian director Majid Majidi's latest film ‘Muhammad,' which stirred controversy among Muslims, depicts the childhood of the Prophet Muhammad in human form in contradiction to the general Islamic tendency. The film was shown to four people in Turkey, before its premiere on Aug. 27 at the Montreal Film Festival

Renowned Iranian filmmaker Majid Majidi has recently made a film entitled 'Muhammad', which has stirred controversy in some religious circles due to the use of the Prophet Muhammad's (Peace Be Upon Him) image. Majidi - whose productions have received critical acclaim, including "Children of Heaven," "The Color of Paradise," "Baran" and "the Song of Sparrows" - had formerly said that he appreciated the reaction and sensitivity of the Islamic world toward the rumors, yet expressed his discomfort for such groundless claims.

"A comprehensive study was conducted by a research team during the pre-production phase, which took two years. We consulted a number of Sunni and Shiite scholars in different countries in order to introduce a proper portrayal of Muhammad (PBUH). We should show our response to those committing any violence toward Islam. I believe cinema is today's most influential power to do so. I would like to call the attention of the Islamic world. We can work together and invest more in the film industry," he had said.

Recently, four people from Turkey watched Iranian producer and scriptwriter Majid Majidi's latest film "Muhammad," which focuses on the childhood of the Islamic Prophet, before it is set to come out in cinemas. Writer İhsan Kabil, one of the people that watched the film's Cannes Film Festival copy, said that the film continues at a slow pace and features animation and action scenes. He said that the film, which has a $30 million budget, addresses every segment of society whether they are interested or not. 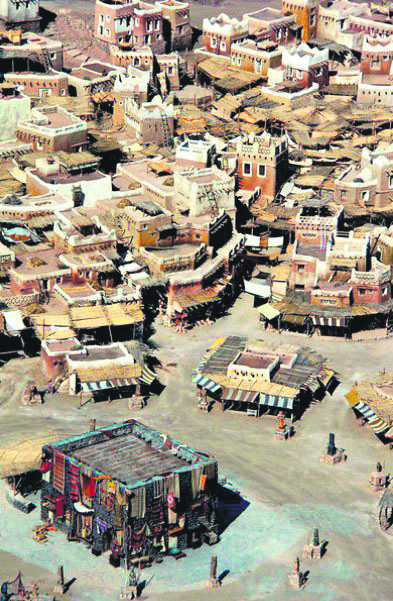 "Majidi shot a film that we can approve of following the 1976 film 'The Message.' He has successfully presented the social panorama," said Kabil, adding that the film also has elements that might draw the attention of a Western audience. According to Kabil, Mejidi's trademark, melodramatic components are featured in the film. "He directed a courageous film. Medjidi is a brave director," said the writer. He said that the director based his film on verses from the Quran and underscored that the film is "the evidence which other films about Muhammad can be shot."

Explaining that the film begins with the Abraha Army and the Year of the Elephant, Kabil said that the incident of the "speaking cloud" is also included in the film. The writer said that the film features Iranian and western melodies along with the new arrangement of Salawat and added, "Indian A. R. Rahman, who scored the soundtrack of 'Slumdog Millionaire,' converted to Islam just before the shooting of the film." Kabil said that the Prophet Muhammad is only seen from the back during the film and continued, "The shooting, evening scenes in particular, was very successful. The scene focusing on the Kaaba was very nice." The film, which caused a stir among art lovers, will also have a TV series version. However, Kabil stressed that the film cannot be labeled as children's cinema.

Besides Kabil, Hakkı Uygur, Murat Pay and Hayrettin Karaman also watched the film. Majidi's film, which has not yet hit cinemas, focuses on Muhammad's life up to the age of 12. The film will make its world premiere at the 39th Montreal Film Festival, which begins on Aug. 27. World-renowned director Majidi won the Prize of the Ecumenical Jury - Special Mention, and three Grand Prix des Amériques Awards at the Montreal film festival, besides the Best Foreign Language Film award at the Academy Awards.
RELATED TOPICS