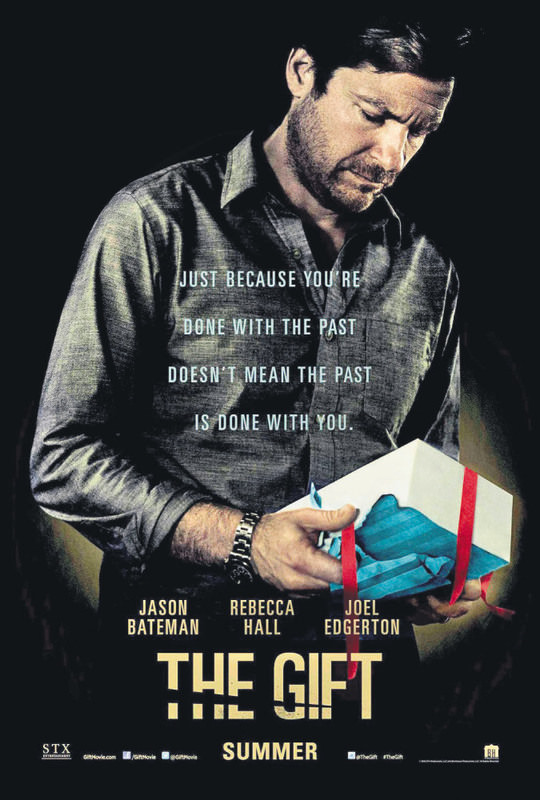 Directed by Joel Edgerton, "The Gift" stars James Bateman, Rebecca Hall, Joel Engerton and Busy Philipps. Edgerton, who was the leading actor in "The Great Gatsby," "Exodus: Gods and Kings" and "The Thing," gets behind the camera for this new Hollywood production. The film is about a couple Simon (Bateman) and Robyn (Hall) who are about to start a new life in their new home. However, Simon's old friend Gordo shows up at their door one day and their whole life turns upside down. Gordo harasses the couple all the time and leaves presents for them at their doorstep. In time, Robyn has to face the dark past of her husband and realizes that she does not know her husband at all.

Directed by Hasan Tolga Pulat, this Turkish production stars Hacı Ali Konuk, Esra Dermancıoğlu, Emin Gümüşkaya and Bengü Şen. The film blends comedy and drama, and focuses on Fazlı (Konuk) who became a folk hero overnight thanks to his invention of a car with stairs. However, his wife Süheyla (Dermancıoğlu) is not very happy with her life and her husband. The film is about how the car with stairs, which we are used to seeing at airports, can be a part of daily life as well as Fazlı's magical life.

Starring Ekin Tekinbaş, Cansu Fırıncı, Ezgi Fidancı and Elvan Albat, the second Turkish film of the week was directed by Murat Toktamışoğlu. The sequel to the 2010 film "Üç Harfliler: Marid," the film is set five years after the first film and continues with new nightmares.

The third Turkish production of the week was directed by Cuma Uğurlu and stars Ömer Özdoğan, Mahmut Kaldırım, Zeki Çatalbaş and Adnan Varol. The film was shot in the Black Sea province Trabzon's Of district, and the entire cast features amateur actors who are shopkeepers in the region.

Written and directed by Derek Lee and Clif Provse, the film stars Lee, Provse and Michael Gill. The film is about two best friends, Derek and Clif, who set out on a trip of lifetime. Their plan is travel to the ends of the earth, see the world and live life to the fullest. However, the trip soon takes a dark and bloody turn.

This comedy, which is the first film co-directed by Jonathan Goldstein and John Francis Daley, stars Ed Helms and Christina Applegate. The film is about a family of four who set off on an adventure to America's favorite amusement park: Walley World.

This week's only animated film is directed by Karen J. Lloyd. Two very different worlds collide when a mix-up sends a princess and a rock star to the wrong camp. As they come together for an epic sing off, both girls embrace their differences, find their true voice and learn that nothing can prevent them from achieving their dreams.