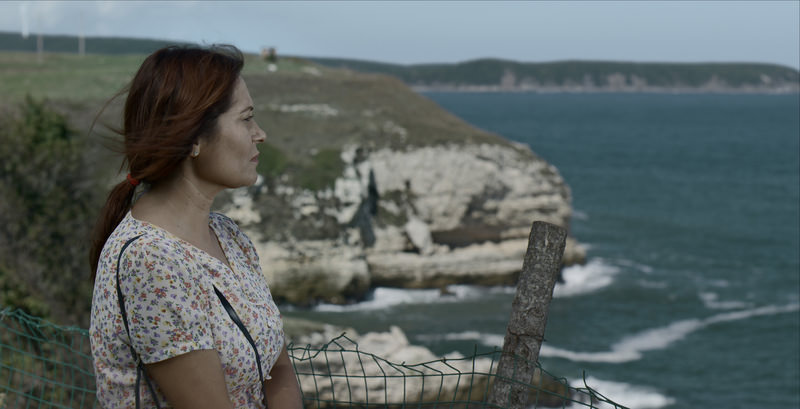 Starting from next week, the Montreal Film Festival will see a challenging competition between movies from around the world, including three productions from Turkey

Returning for the 39th year, the Montreal World Film Festival, the only competitive film festival in North America will screen three Turkish films in its main competition category. Fostering cinema from all continents, the festival is scheduled to take place from Aug. 27 to Sept. 7 and will present Özcan Alper's "Rüzgarın Hatıraları" (Memories of the Wind) Mehmet Eryılmaz's "Misafir" (The Visitor) and Selim Evci's "Saklı" (Secret). The films will also make their world premieres at the festival. While "Rüzgarın Hatıraları" is the third feature-length movie by Alper, Eryılmaz shot "Misafir" seven years after his first film, "Hazan Mevsimi, Bir Panayır Hikayesi" (A Fairground Attraction) and "Saklı" is also Evci's third feature film.

Toward the end of World War II, an opposition poet and painter, Aram is forced to flee from Turkey to save his life. Aram's journey through lush forests in the Black Sea region ends before he reaches the Soviet-era Georgian border. Viewers learn about the life of an exiled intellectual, while recalling the forgotten past of Turkey in those years. Starring Onur Saylak, Tuba Büyüküstün, Mustafa Uğurlu and Ebru Özkan, the film was shot in Batum, Artvin and Istanbul. In a statement in the Golden Orange Film Festival review, Alper said, "What led me to pursue the traces of lives similar to that of Aram the Poet in the 1940's was my interest in the lives of the intellectuals in the age of oppression and authoritarianism, as well as the particular sense of nostalgia and melancholy." The film is a co-production by Turkey, Germany, France and Georgia.

Written and directed by Selim Evci, "Saklı" competed in the national film category of the 34th International Istanbul Film Festival this year. Boasting about his personality, Mahir, a musician, is having a secret affair with his daughter's friend Duru, whose father, Ali, is a highly conservative man. The couple decides to break up, yet Ali is just about to learn of his daughter's relationship. Evci describes "Saklı" with the following words, "[The film is about] the search of one's own nature in the secret areas ..., the journeys to the profundity of one's soul, the shame, the desire to hide... Secret attempts at perceiving the concept of morality - taking its roots in this search and the family, and acquired in society through experienced behavioral patterns - and in this context not judged, but reflect social reflexes."

Starring Zümrüt Erkin, Tamer Levent, Ayten Uncuoğlu and Hale Akınlı, "Misafir" was written and produced by director Mehmet Eryılmaz. Similar to Evci's film, "Misafir" was also included in the Istanbul Film Festival's national competition category. Being kicked out of her parent's home for 10 years, Nur returns when she learns that her mother is ill. She wants to see her mother and take care of her. Centering on the theme of mother-daughter relationships, the film addresses incest, one of the social problems in Turkey that needs to be thoroughly considered. The individual stories of the family members combine with a sense of hope, fuelled by tragedy to paint a portrait of the socially disconnected. "Art, for me, is a personal adventure; and if it must incorporate a social aspect, this could be at most to liberate audience perceptions from conventional patterns and open up new horizons," said Eryılmaz, explaining why he implements social issues in his work.