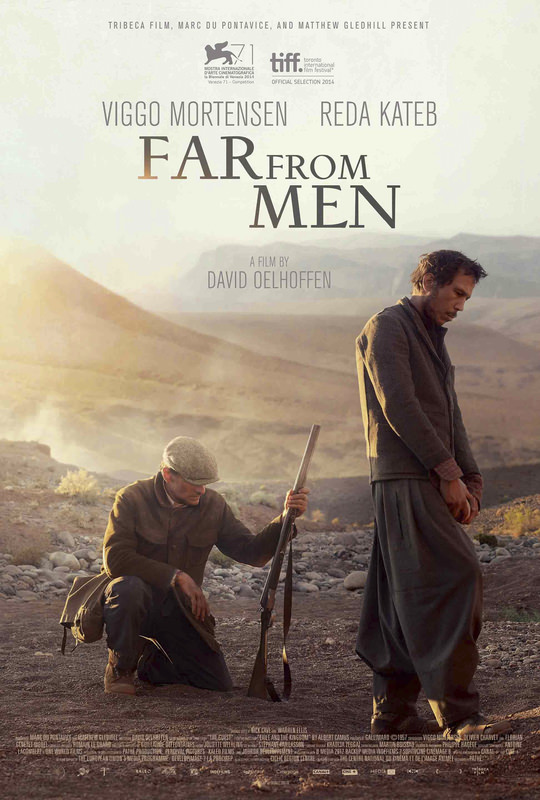 Starring Viggo Mortensen, Reda Kateb, Djemel Barek and Vincent Martin, the film is directed by David Oelhoffen. The film is about a teacher who is Algerian-born Spanish. He has to flee to the Atlas Mountains in order to escape from both French and Algerians who despise him due to his origins. Adapted from Albert Camus's short story "The Guest," the film embraces the features of classic western films, although it is set in the 1950s in Algeria.

Directed by Chris Columbus, "Pixels" is written by Tim Herlihy and Timothy Dowling and stars Adam Sandler, Kevin James, Michelle Monaghan and Peter Dinklage. The action-comedy film is about aliens declaring war on the Earth after they mistake the classical video game "Pac-man" as a hostile message from the Earth.

Directed by Aleksander Bach, "Hitman: Agent 47" stars Rupert Friend, Zachary Quinto, Hannah Ware and Ciaran Hinds. The action film is the screen adaptation of the namesake best-selling video game. Agent 47 is a death machine that has outstanding talents. He possesses unprecedented power, speed and intelligence. His new mission is to take action against a mega corporation intending to create an army of murderers with a special formula. The Agent will discover his roots with a woman who has been transformed just like him and finds himself in the middle of an epic war.

Starring Mark Webber, Devon Graye, Tom Bower and Rutina Wesley, this horror film is directed by Daniel Stamm. Social worker Elliot Brindle receives a phone call telling him that he will receive 6.2 million dollars if he completes 13 tasks set before him. As soon as he completes the first mission, which is rather easy, his bank account receives thousands of dollars. However, as the game continues, Elliot finds himself in a series of events that he cannot get out of. The film is the Hollywood adaptation of the Thai production film "13 Games."

The indie production of the week is directed by outstanding director, of the independent American cinema, David Gordon Green. Starring legendary actor Al Pacino and Academy-Award -winner actress Holly Hunter, the film is about Angelo Manglehorn (Pacino) who is a melancholic locksmith.

Directed by Ciaran Foy, the second horror film of this week stars Shannyn Sossamon, James Ransone, Nicholas King and Tate Ellington. The sequel has been long awaited by horror-lovers and presents a brand new story with new characters.

The French animation film is directed by Christian De Vita. Yellowbird is a tiny-orphaned bird that has never left the nest, has no family, and yet desperately wants one until he finds himself leading a flock on their migration to Africa.