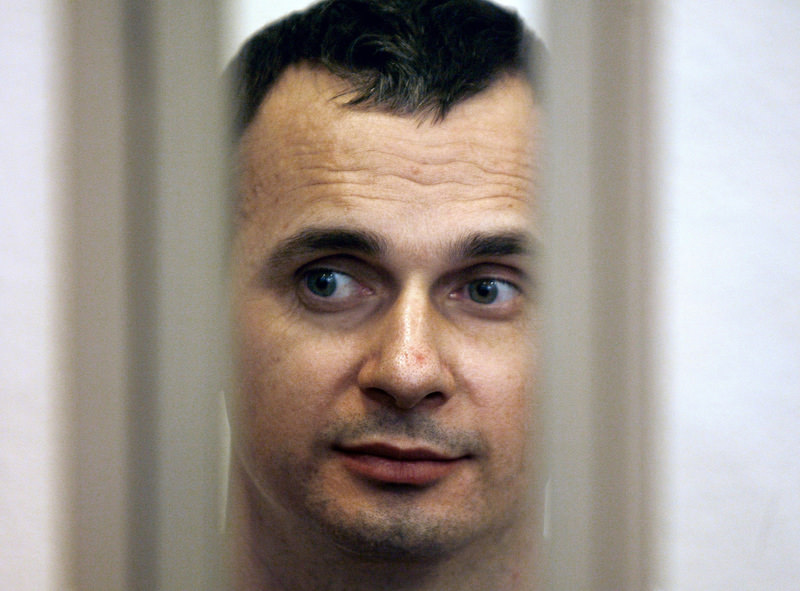 by Associated Press Aug 26, 2015 12:00 am
A Russian court convicted a prominent Ukrainian filmmaker on Tuesday of conspiring to commit terror attacks and sentenced him to 20 years in prison.

The court in the southern city of Rostov-on-Don said Oleg Sentsov had set up a terror cell in the Crimean Peninsula, which Russia annexed last year, and was plotting attacks. He will serve time in a maximum-security prison. Such lengthy prison sentences are rare in Russia even for politically tainted trials. Sentsov was tried along with a local activist who was sentenced to 10 years in prison. As the judge wrapped up the session, the two men began to sign the Ukrainian national anthem. Sentsov, a 39-year-old Crimean native, was a vocal opponent of Russia's 2014 annexation of the peninsula. Critics have dismissed his prosecution as revenge for his pro-Ukrainian position.

Sentsov, who didn't apply for Russian citizenship, was grabbed on a street in Crimea's capital in May 2014 by Russian security officers and resurfaced days later in custody in Moscow. Earlier in the trial, Sentsov had pleaded not guilty and insisted that a Russian court had no jurisdiction. Russian prosecutors claim both men were plotting to blow up a Lenin monument and were behind attempts to burn down offices of two Russia-related organizations. Dozens of prominent filmmakers, including Russian Golden Globe winner Andrei Zvyagintsev, have petitioned the Kremlin to release Sentsov.
RELATED TOPICS