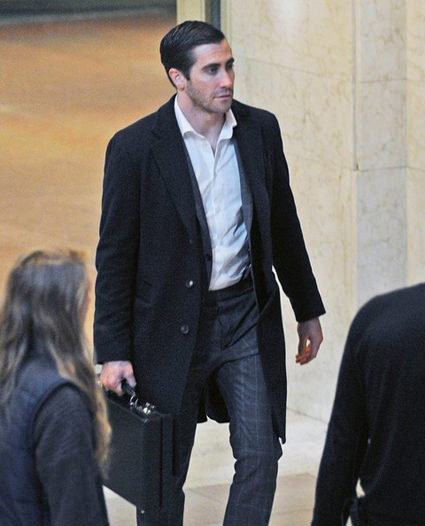 by Sep 11, 2015 12:00 am
A Jake Gyllenhaal drama about a grieving banker was set to kick off the Toronto International Film Festival on Thursday, which this year will include topical movies on transgender youth and gay rights among the usual Oscar hopefuls.

Now in its 40th year, the 10-day festival has become a key launching pad for Hollywood's award season, with films like "12 Years a Slave", "The King's Speech" and "Slumdog Millionaire" all gaining critical momentum at the event before going on to win the Academy Award for best picture. The festival starts on Thursday evening with the world premiere of "Demolition", starring Gyllenhaal and Naomi Watts.

Directed by Canadian Jean-Marc Vallee, it tells the story of a successful investment banker whose life unravels following the death of his wife. An unlikely connection with a vending machine company employee played by Watts helps him rebuild. Vallee previously won praise for "Dallas Buyers Club" and "Wild". The festival, which runs from Sept 10 to 20, will go on to screen nearly 300 feature films from more than 70 countries. Notable themes in this year's lineup include the political and legal battles fought for gay rights, the subject of two movies in the festival's high-profile gala program. Roland Emmerich, best known for Hollywood blockbusters like "The Day After Tomorrow", directs "Stonewall", a drama about the 1969 New York riots which became a landmark event in North America's gay rights movement. "Freeheld" stars Ellen Page and Julianne Moore, fresh off winning an Oscar for last year's "Still Alice", in the true story Laurel Hester. Dying of cancer, the New Jersey police officer fought a legal battle a decade ago to pass her pension benefits on to her same-sex partner. The festival will also screen the world premiere of "About Ray", which stars Elle Fanning as a teenager whose decision to transition from female to male triggers family turmoil. This year's event will include its usual combination of big budget Hollywood releases and celebrity appearances. These include the world premiere of "Blade Runner" director Ridley Scott's highly anticipated space film "The Martian." The movie stars Matt Damon, who plays an astronaut fighting for survival on Mars. Damon and fellow cast member Jessica Chastain will attend.