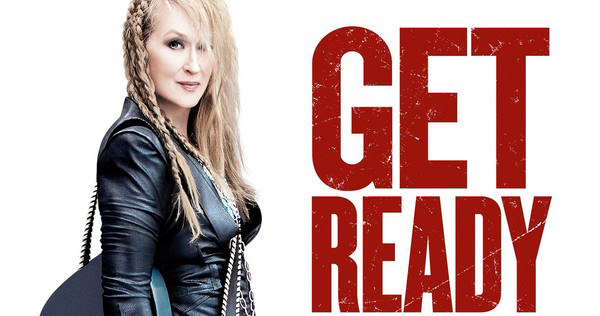 Viewers will watch Meryl Streep's authentic music performances in "Ricki and the Flash" directed by Academy-winning director Jonathon Demme. Starring Sebastian Stan, Mamie Gummer and Ben Platt, the comedy drama brings guitar hero Ricki Rendazzo, who gave up everything for her rock'n'roll dreams first and then returns home to make things right with her family.

The winner of Grand Jury Prize at the 2014 Venice Film Festival and presented to Turkish audience at the Istanbul Film Festival this year, Joshua Oppenheimer's "Look of Silence" shows a family that survives the killings in Indonesia confronts the men who killed one of their brothers. His Academy Award-nominated documentary "The Act of Killing" also focuses on the Indonesian killings in 1960s.

Starring Kathryn Hahn, Ed Oxenbould, Peter McRobbie, Jon Douglas Rainey and Erica Lynne Marszalek, "The Visit" was directed by M. Night Shyamalan. Two siblings are sent to an isolated farm in Pennsylvania, where her grandparents live, by her parents, but their weekend travel turns into a nightmare.

Everything Will Be Fine

Winner of "Honorary Golden Bear" at Berlin Film Festival, German director Wim Wenders's latest film "Everything Will Be Fine" stars Rachel McAdams, James Franco, Peter Stormare and Charlotte Gainsbourg. The film focuses on a writer named Tomas and his guilty consciousness after hitting a child with his car

Starring Owen Wilson, Jennifer Aniston, Rhys Ifans, Kathryn Hahn and Cybill Shepherd, the comedy is written and directed by Peter Bogdanovich. Well-known playwright Arnold Albertson falls for a young woman who tries out for his new play. After giving her the role, Albertson's life gets complicated because of his ex-wife and his new love interest.

Adapted from famous Sherlock Holmes stories, the film is directed by Bill Condon. Starring veteran actor Ian McKellen along with Laura Linney, Hiroyuki Sanada, Frances de la Tour and Roger Allam, the film is set in 1947, following a long-retired Holmes living in a Sussex village with his housekeeper and rising detective son. He is hunted by a cold case; however he can only remember fragments of the case: a confrontation with an angry husband, a secret bond with his beautiful but unstable wife. He needs his son's help to put this case into bed.
Last Update: Sep 12, 2015 1:14 am
RELATED TOPICS