‘Little Prince' animation out on screen on Sept. 25 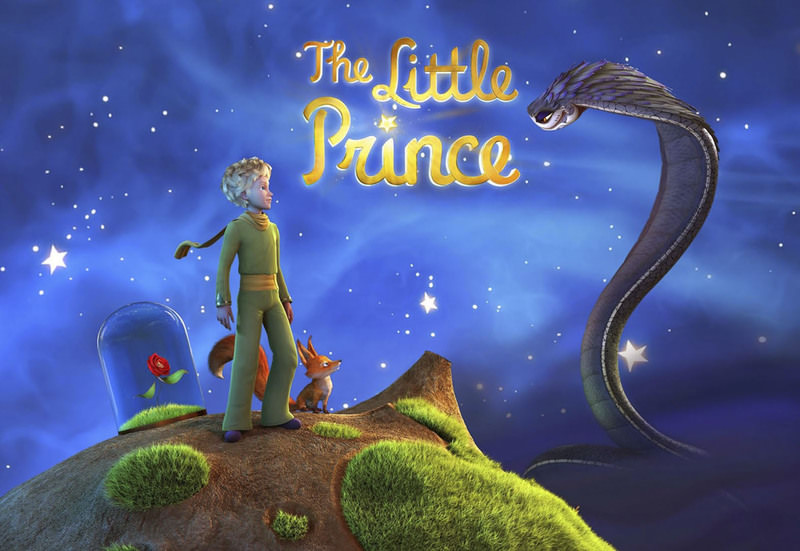 by Anadolu Agency Sep 15, 2015 12:00 am
A new film adaptation of French writer, poet and pilot Antoine de Saint-Exupery's classic novella "The Little Prince" will hit theatres on Sept. 25, which will surely draw animation-lovers to The film was directed by Mark Osborne, who is known for his animation film "Kung Fu Panda." The film, which was dubbed by Hollywood stars Rachel McAdams, James Franco, Marion Cotillard, Jeff Bridges and Paul Giamatti, is about a pilot who crashes in the desert and meets a little boy from a distant planet.

Fatih Erdoğan, the Turkish publisher of "The Little Prince," which is one of the top-10 best-selling books in the world and the third-most translated book ever, told Anadolu Agency (AA) that the number of book readings as well as panel sessions has increased thanks to "The Little Prince." He said that this increase is a good thing for the sector. Saying that it is good for people to discuss books rather than arguing with each other, Erdoğan continued: "Certain aspects of 'The Little Prince' were important for me. First of all, it was the first book I borrowed from the library and read. Second of all, it signifies my childhood and, lastly, it means a lot to me in terms of publishing translations from different languages. I bought out the legal rights of the book and published it for the first time in Turkey in 1987 while all other publishing houses were illegally publishing the book."

Erdoğan underscored that the number of books in children's literature increased toward the end of the 1980s and claimed that interest in "The Little Prince" increased afterward. He explained that the publishing rights of the book were released on Jan. 1, at which point all other publishing houses published the book. Translator Sumru Ağıryürüyen said people have always been fond of "The Little Prince." "It has been translated into numerous languages. Many films have been made were inspired by this book. Turkish readers love this book tremendously and I think this is because we need the purity and the point of view that the book features. Saint-Exupery experienced a great deal of pain while exploring his existence in the world. Whenever I read the book I feel the exact pain. This book is a guide, or just a conversation, to endure that pain. I think this is the point where the book catches the reader," Ağıryürüyen said.
RELATED TOPICS