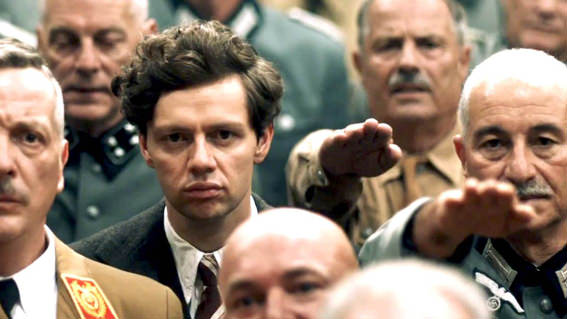 Oliver Hirschbiegel's drama film "13 Minutes" centers around an attempt to assassinate Hitler in 1939. Starring Christian Friedel, Katharina Schüttler, Burghart Klaubner and Felix Eitner, Elser is set in Nazi-era Germany and features an intense dramatization of Georg Elser's failed attempt to assassinate Adolf Hitler. If he had had 13 more minutes, the bomb he assembled would have torn apart Adolf Hitler and his henchmen. The movie is Hirschbiegel's latest production. The director is well-known for his Oscar-nominated films "The Experiment" and "Downfall."

Directed by Icelandic filmmaker Baltasar Kormakur, "Everest" stars Jason Clarke, Josh Brolin, John Hawkes, Robin Wright, Keira Knightley, Emily Watson and Jake Gyllenhaal. The movie is a 3D depiction of the 1996 disaster on Mount Everest that caused the death of several climbers. Here is a synopsis: "Inspired by the incredible events surrounding an attempt to reach the summit of the world's highest mountain, Everest documents the awe-inspiring journey of two different expeditions challenged beyond their limits by one of the fiercest snowstorms ever encountered by mankind. Their mettle tested by the harshest elements found on the planet, the climbers will face nearly impossible obstacles as a lifelong obsession becomes a breathtaking struggle for survival."

This week's comedy film presents the story of Şakir, an idler, and İlyas whose only dream is to do military service. However, İlyas escapes from military service and the duo goes to Istanbul. Directed by Burak Kuka, "Can Tertip" stars Ümit Erdim, Volkan Demirok, Tuğba Özerk and Cengiz Küçükayvaz.

"Maze Runner: The Scorch Trials" will attract the interest of sci-fi and action lovers this week. Here is a synopsis provided by the movie's official website: "In this next chapter of the Maze Runner saga, Thomas and his fellow Gladers face their greatest challenge yet: searching for clues about the mysterious and powerful organization known as WCKD. Their journey takes to the Scorch, a desolate landscape filled with unimaginable obstacles." Directed by Wes Ball, the movie stars Dylan O'Brien, Kaya Scodelario, Thomas Brodie Sangster and Nathalie Emmanuel.