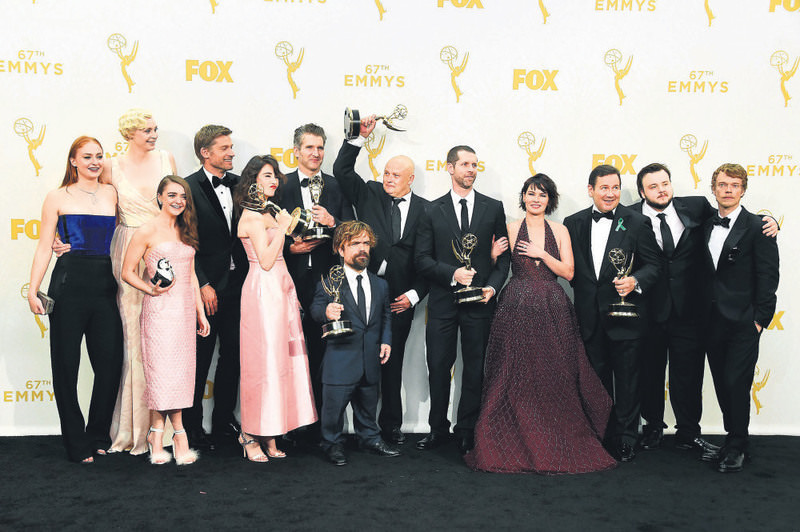 by Anadolu Agency Sep 22, 2015 12:00 am
American fantasy drama "Game of Thrones" dominated the 67th Emmy Awards on Sunday, winning the best drama award for the first time in its five years on air.

Viola Davis became the first black woman to win an Emmy for best actress in a drama series when she earned the honor for her role as high-profile defense lawyer Annalise Keating in ABC's "How to Get Away with Murder."

Veep's Julia Louis-Dreyfus was named best lead actress in a comedy for her portrayal of vice president Selina Meyer who eventually ascends to the Oval Office, while Jeffrey Tambor won best actor in a comedy for his role as a transgender in "Amazon's Transparent."