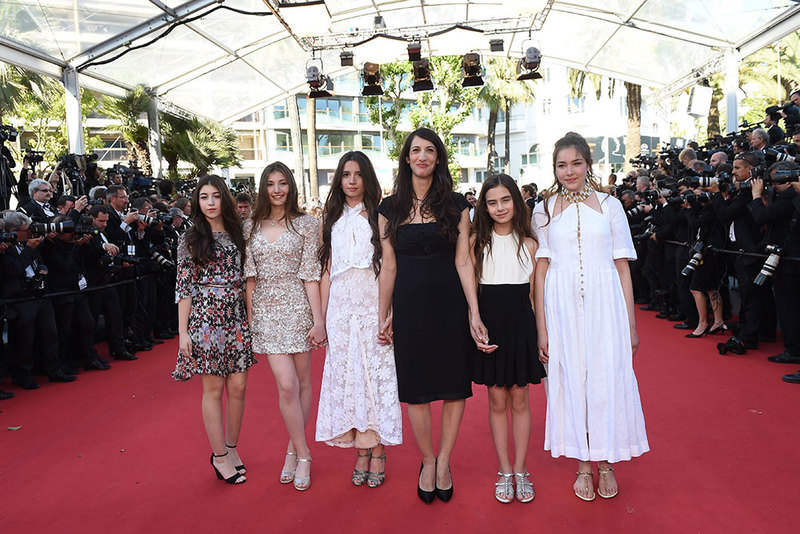 by Dogan News Agency Sep 30, 2015 12:00 am
Franco-Turkish director Deniz Gamze Ergüven said her film "Mustang," which was officially selected by France to compete for best foreign language film at the 2016 Oscars, got its strength the smart women in the center of the story.

Ergüven, born in Turkish capital of Ankara and raised in Paris, said she culturally felt French but she does not look at Turkey as a foreigner, as her stories are always from Turkey. So is her film's story.

Centered on five adolescent sisters who are sequestered by their family when they are deemed too rebellious, the film was screened at the Director's Fortnight at the 2015 Cannes Film Festival and has received international critical acclaim.

"The reason that the film gained recognition widely is that [the smart woman] figure rarely seen in cinema is at the center of it" said Ergüven.

Men are always the center of cinema; even with female characters present, its subject is always men, said Ergüven. "When I first went to New York, I felt like I grew up in that city. I knew all the streets one by one. I might have watched around 200 movies shot in New York. Manhood is like New York. It's always the same story. The women's stories are behind the hills; they are like villages with no roads or water," she said.

Ergüven studied literature and African history and received her master's degree in Johannesburg. She wrote her first scenario in Los Angeles. But she says she always visits Turkey, mostly Ankara and Istanbul.

Ergüven, who has recently gave birth to her son, said that she has discovered many untold stories about being a woman recently.

"The art and politics are told in the eyes of the men. Breastfeeding scenes are almost nonexistent in cinema. I only saw such a scene in 'The Seventh Seal' by Ingmar Bergman," she added.

Speaking on Turkey's 2013 Gezi Park protests, Ergüven said, "I was in Istanbul during Gezi [protests]. I was very excited. There was a youth more modern, feminist, environmentalist than those in Europe, but then there were people who could take us many years backwards."