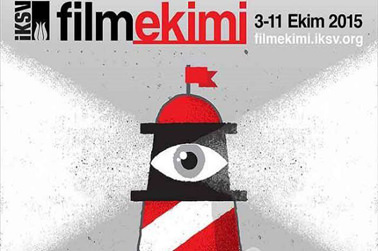 Written and directed by Zeki Demirkubuz, this Turkish production stars Şebnem Hassanisoughi, Öykü Karayel, Çağlar Çorumlu, Cemre Ebuzziya, Ercan Kesal and Nurhayat Demirkubuz in the leading roles. The film focuses on the character Ahmet who lost his wife and little daughter in a traffic accident, while he was with his mistress. Although he was not shaken by the accident back then, he realizes some changes in his life over time. As little accidents and odd misfortune keep happening to Ahmet, he begins to show vulnerabilities that are the opposite of his character.

Starring İsmail Hacıoğlu, Nilay Duru, Şefik Onatoğlu, Fırat Şahin, Barış Küçükgüler, Melda Arat, Erdal Cindoruk, Murat Ercanlı, Fatih Doğan, Murat Çağlar, Cem Sultan Karabulut, Mine Doğan and Tolga Yüce, "Kafes" is directed by Mahmut Kaptan. Filmed at Ulucanlar Prison in Ankara, the Turkish production is about a group of young people that was thrown into jail for no reason and had to endure unspeakable torture during the military coup in Turkey in the 1980s.

Adapted from writer Andy Weir's best-selling novel "The Martian," the namesake motion picture is directed by well-known director Ridley Scott. Starring Matt Damon, Kate Mara, Jessica Chastain, Jeff Daniels and Michael Pena, this science fiction film is about an astronaut who was left behind on Mars following an unsuccessful mission.

Set during the Cold War, American chess prodigy Bobby Fischer finds himself caught between two superpowers and his own struggles as he challenges the Soviet Empire. While Fisher tries to beat his Russian opponent Boris Spassky during the "match of the century," he also tries to save his neck. Starring Tobey Maguire, Liev Schreiber, Peter Sarsgaard and Lily Rabe, the film is directed by Edward Zwick.