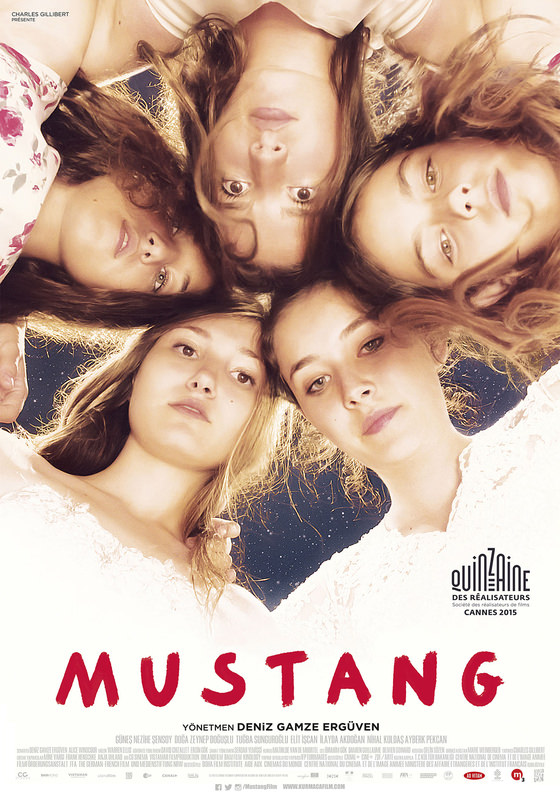 Directed by Deniz Gamze Ergüven, "Mustang" stars Güneş Nezihe Şensoy, Doğa Zeynep Doğuşlu, Elit İşcan, Tuğba Sunguroğlu and İlayda Akdoğan. "Mustang" is about the struggle of women trying to win basic human rights in a patriarchal society. The film is set in a northern village in Turkey where Lale and her four sisters live with their grandmother. Making its world premiere at the 68th Cannes Film Festival, "Mustang" is the Oscar nomination from France in the foreign language film category. The movie won best film, best actress and audience award at the 21st Sarajevo Film Festival.

Directed by Gabriele Muccino, known for his productions such as "Pursuit of Happiness" and "Seven Pounds," "Fathers and Daughters" stars Russell Crowe, Amanda Seyfried, Aaron Paul and Diane Kruger. The drama is the story of a father who has to look after his daughter alone after his wife's death. His life changes after a mental breakdown. "Fathers and Daughters" illustrates an incredible relationship between a father and his child.

Starring Vin Diesel and Elijah Wood in the leading roles, "The Last Witch Hunter" was directed by Breck Eisner. Written by Cory Goodma, Matt Sazama and Burk Sharpless, the film is set in the 13th century. Kaulder successfully kills the Queen Witch, yet she curses him by making him immortal. Kaulder leaves his wife and children. Living in New York, Kaulder has fought witches and has suffered a lot over the centuries. The Queen Witch returns and is ambitious to take revenge. The war between them decides the fate of the earth.

"Solace" is an American mystery thriller directed by Afonso Poyart. Intended to be a sequel to "Seven," a classic thriller from 1955, Solace features prominent actors like Colin Farrell, Anthony Hopkins, Jeffrey Dean Morgan and Abbie Cornish. Believed to have extraordinary powers, Dr. John Clancy, a retired analyst, follows a serial killer also being followed by the FBI.

The fifth in the series of "Paranormal Activity" stars Olivia Taylor Dudley, Brit Shaw, Ivy George, Chloe Csengery and Aiden Lovekamp was directed by Gregory Plotkin. In the new sequence, the Fleeges family must protect their daughter from an evil entity. "Paranormal Activity 5: The Ghost Dimension" is a 3-D adventure.

Directed by Genndy Tartakovsky, the animated "Hotel Transylvania 2" was dubbed by Adam Sandler, Andy Samberg, Selena Gomez and Kevin James. Although closed to visitors before, Hotel Transylvania began to accept guests. Here, scary creatures live together with humans. Among the hotel's guests is Dennis, the half-human and half-vampire grandson of Dracula. While his parents are away, his grandfather looks after Dennis, as he does not show any characteristics of being a vampire. He learns how to become a vampire at the hotel.
RELATED TOPICS