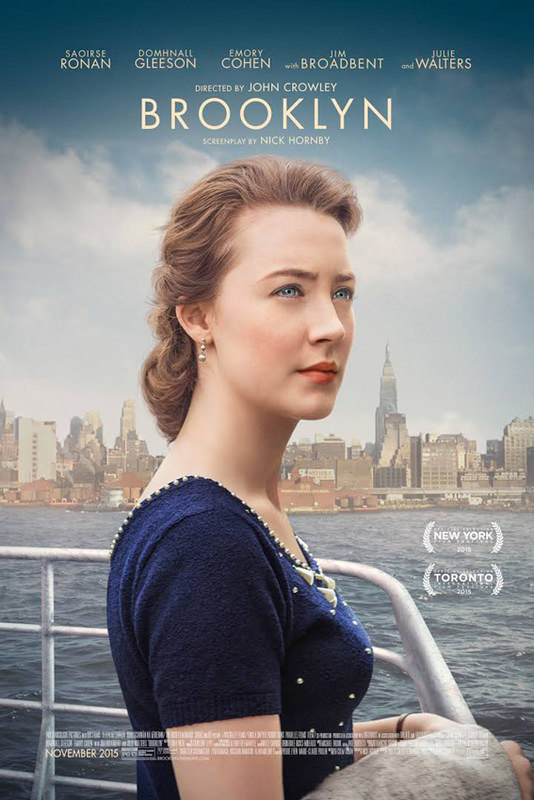 by Nov 06, 2015 12:00 am
Irish director John Crowley feels all the right elements have combined in his film "Brooklyn", a tale of emigration based on a critically acclaimed Colm Toibin novel and starring the Irish-American actress Saoirse Ronan. Ronan, tipped for a second Oscar nomination after receiving her first seven years ago at the age of 13, could draw on her own experience to show the emotions and vulnerabilities of emigrants, having just moved to London from Ireland, he said.

"The scale of emotion that she shows is huge," Crowley told Reuters in an interview, saying Ronan, 21, was "as good as it gets" and in the same league as Academy Award winner Cate Blanchett, whom he recently directed on stage. "Her sense of how to dance with the camera, which is an intuitive thing, is uncanny."

"Brooklyn", based on Toibin's 2009 novel, tells the story of an Irish girl who, like many others in the poor backwaters of 1950s Ireland, had to immigrate to the United States and wrestle with the pangs of homesickness.

For Crowley, who moved to London from his native county Cork during the more prosperous 1990s, the film's overriding theme of exile took on fresh resonance after young workers left Ireland again in their droves during its recent financial crisis. "The biggest pressure and spur to getting it right was for the hundreds and hundreds and hundreds and hundreds of thousands of other versions of this story, all the young boys, young girls who had left the country with a suitcase in their hands," Crowley said. "To make a film where somehow they could look at it and say 'that's what it was like for me' or for my mother or father and not to cheapen that, or sentimentalise it, or make it less complicated than it was - that was the most important thing."

Since 2008, over half a million people have emigrated from the country of 4.6 million. While they can Skype home at a moment's notice, Crowley believes Toibin's book - adapted by author and screenwriter Nick Hornby - captures that "when you don't have a return ticket, it's a whole different ballpark".

While films like "In America" and "Angela's Ashes" touch on the theme of emigration, "Brooklyn" tackles it head on. Emigration is seen as neither all good nor all bad, Crowley says, but is a profoundly important story to tell. "For every emigrant that made it, the myth of the wealthy Yank, there's a lot more who struggled and quietly faded," he said, referring to one poignant scene of elderly, forgotten-about Irish emigrants, the types who built America's bridges and tunnels, gathering in a soup kitchen for Christmas lunch. "I had never seen words put onto the condition until 'Brooklyn' and he nailed that sense. It's the universality of it that makes what Colm has done feel a bit like a secret history of one of the defining facts of Irish life in the 20th century."