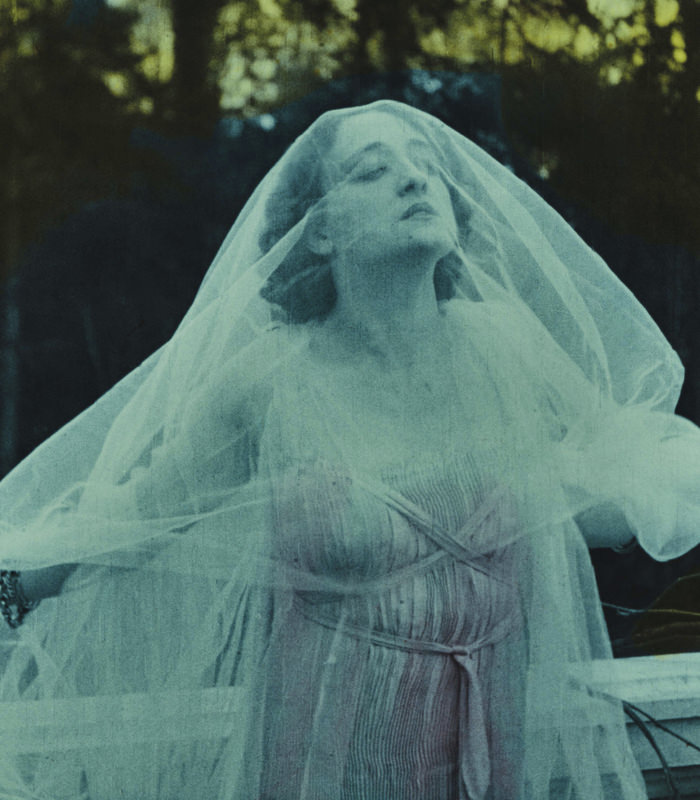 The 2nd International Istanbul Silent Cinema Days will run between Dec. 3 and Dec. 6 under the theme of ‘The Birth of Modern Woman" and feature silent films that will be accompanied by live music performances as well as panel sessions and other activities

The second edition of the International Istanbul Silent Cinema Days will run from Dec. 3-6. Organized by Kino Istanbul and hosted by Istanbul Modern, Pera Museum and the French Cultural Center, the festival will present pioneer examples of cinema and the screenings will be accompanied by live music. Before and after each screening, local and international academics, curators and researchers will host exclusive presentations for movie buffs. 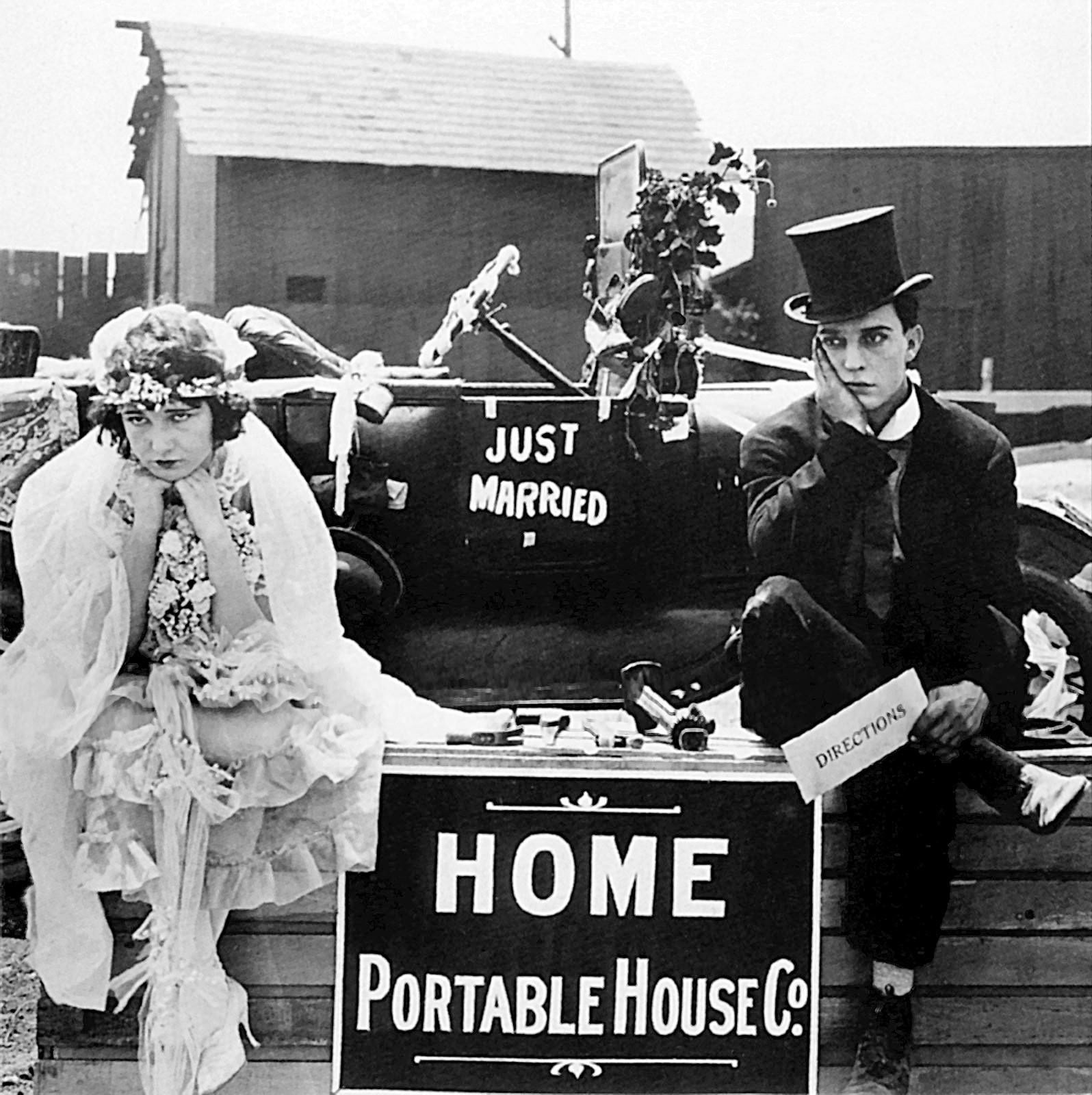 The festival program will be screened under the theme of "The Birth of the Modern Woman." It offers a variety of films such as never-before-seen footage from the Ottoman era to Diva films, classics of Chaplin and Keaton, German expressionism, women's films and colorful silents.

The festival is supported through the corporate partnership with Italy's well-known film library Cineteca di Bologna and prestigious Dutch cinema museum, Eye. The festival program will be screened under the theme of "The Birth of the Modern Woman." From never-before-seen footage from the Ottoman era to Diva films, classics of Chaplin and Keaton, German expressionism, women's films and "colorful silent's," the festival offers a variety of films. Moreover, the festival will celebrate the 120th anniversary of the foundation of Gaumont, the very first film company in the world, and the 120th birthday of Buster Keaton via film screenings.

Through silent films, which left their mark on history from 1895 to 1930, we bring the thrill of the invention of cinema to the present day. This pioneer era, which makes the audience feel like they are experiencing a magic trick, continues to be a source of inspiration with its minimal and timeless characteristics. Focusing on the mission of protecting and restoring silent films in digital archives, the International Istanbul Silent Cinema Days will welcome experts on film restoration throughout the organization.

The festival will open up the concept of the birth of modernity in the early 20th century from Ottoman lands to the Middle East, Europe and the Americas for discussion at this year's event. The screenings, panel sessions and presentations that will take place as part of the festival, will display how cinema documented the modern women's place in public and private spheres. This section features documentaries on women who leaped forward in society with their individual characteristics, women who laid claims on their own desires and women who put up a fight in the streets to claim their public rights.

"Shoes," which is directed by the first female American director, Lois Weber, who made a name for herself with her films focusing on social problems, is one of the classics that will be screened in this section. Germaine Dulac, who is considered one of the most important avant-garde female directors and the founders of surrealist cinema, will be featured in the section with two of her films: Her first surrealist work questioning the roles of trad

itional woman, "La Coquille Et Le Clergyman" (Seashell and Clergyman), and "La Souriante Madame Beudet" (The Smiling Mrs. Beudet), portrays an unhappy marriage. As part of "The Birth of the Modern Woman" section, films that caused a stir with mysterious female characters will be screened under the title of Diva Films. Lyda Borelli is one of the first names that come to mind when we use the term "diva." "Rapsodia Satanica" (Satan's Rhapsody), where Borelli plays a woman who sells her soul to the devil, stands out among the other films in the program as a cult production. Louise Brooks's groundbreaking film "Prix de Beauté" (Beauty Prize) will also be screened as a part of the Diva Films section. Famous for her iconic haircut, the film focuses on individual freedom and it is about the turbulent events that women experience after winning a beauty competition. The festival also witnessed the birth of women's rights that year. A selection of short films and documentaries about women who fought for their rights, went on hunger strikes and fought for the right to vote in the early 20th century will also be screened. The selection of short films on women will be screened under the sections of "Female Comedians," "Women at Work" and "Adventurous Women."

On Dec. 2, the festival will organize a panel session with national and international academics in collaboration with the Turkish Film Critics Association (SİYAD) at Pera Palace Hotel Jumeirah, which opened around the same time as the birth of cinema. During the panel session, the birth of modern woman will be analyzed within the lens of cinema and social phenomena.

The comedians in cinema

The festival will present two special sections for the prominent names of silent cinema. The "Respect to the Pioneers of Cinema" section will commemorate Charlie Chaplin and Buster Keaton. In memory of the 100th anniversary of the birth of Chaplin's character "Charlot," the silent cinema festival will offer a selection of Chaplin's film. The selection featuring Chaplin's first years as a comedian, satirizes everyday life and questions the boundaries of mankind. On the other hand, Keaton's "One Week" tells the story of a young couple who tries to build a portable house. Unlike Chaplin, Keaton is after the irony with his indifferent countenance and abstract way of thinking.

Footage from the Ottoman era

"Ottoman Footage," which was gathered from different archives around the world and presented to the world at last year's International Istanbul Silent Film Days, is returning to the festival with a new set of footage that dates back to the Ottoman Empire. Cities that were once a part of the Ottoman Empire come together through footage revealing Ottoman heritage. The centenary of the Battle of Gallipoli and so-called Armenian deportation will be also be discussed in the section. The audience will be able to enjoy surprising imagery from Rhodes, Tripoli, Sevastopol and Istanbul, the capital of the empire. The screenings will be followed by panel sessions.

'Vampires' on Gaumont's 120th birthday The world's first and still-surviving film company, Gaumont, is celebrating its 120th year. The series "Vampires," which was restored on the 100th anniversary of the company, will be screened as part of the silent cinema days. All 10 episodes of the series will be screened at the French Cultural Center for the first time in Turkey. The detective series, which was shot by Louis Feuillade between 1915 and 1916, focuses on criminal 'Vampires' that infiltrated the French bourgeois society and a journalist who is onto this "terrorist" group during the heated years of World War I. The series, which pushed the limits of its era due to the violent scenes it featured, creates a mysterious city atmosphere filled with hidden identities, hidden passages, poisonous rings and evil plans. Feuillade used real Parisian streets as the setting, combining the real and fantasy. Although "Vampires" did not cause a stir when it was first screened, the influence of Feuillade can be traced to the films of veteran directors such as Fritz Lang, Luis Bunuel and Alfred Hitchcock. As a part of the festival, Agnes Bertola of Gaumont and Audrey Birrien of Eclair Laboratory, who were responsible for the restoration of "Vampires," will hold a panel session about the restoration of the series.

Cities where the water flows

With the kind contributions of the Amsterdam Municipality, the festival will feature a special section titled "Cities Where the Water Flow" - from Amsterdam and Venice to Constanta and Istanbul. The footage that was shot in boats, even in the earliest days of cinema, still enchants the audience.

The irreplaceable supplements of silent cinema, live music performances, are the most important elements of this year's festival. Stephen Horne has been accompanying many silent films with his piano at festivals around the world and will be the star of this year's organization. Percussionist Frank Bockius will also be among the musicians that the festival will host. Richard Laniepce, the front man of Kolektif Istanbul, who blends Balkan rhythms with Anatolian music, will influence the world of films with his saxophone. Laniepce created a unique repertoire for each screening, which will be accompanied by a classic piano. Uninvited Jazz Band, who gave some of the most heated performances at last year's organization, is once again ready to blow the audience's mind with their joy and energy. The Turkish music and the piano melodies of academic and composer Çiğdem Borucu, will add a different delight to "The Ottoman Footage." Moreover, the performance of the band Burgaz'dan Heybeliada'ya, will offer great fun to the audience. Ayşe Tütüncü, who is critically acclaimed for the bands she founded and projects she initiated, will fill the cinema halls with her music. Standing out among his contemporaries, Cihan Gülbudak will take the audience on a journey to the faraway lands, while Gökçe Akçelik, one of the strongest voices of Turkish alternative music, will enchant the audience with his unique style. Ruben Tenenbaum, who is known for his expertise in stringed instruments in Turkey as well as around the world, and the young cellist Burak Ayrancı, are also among the musicians who will perform at the festival.