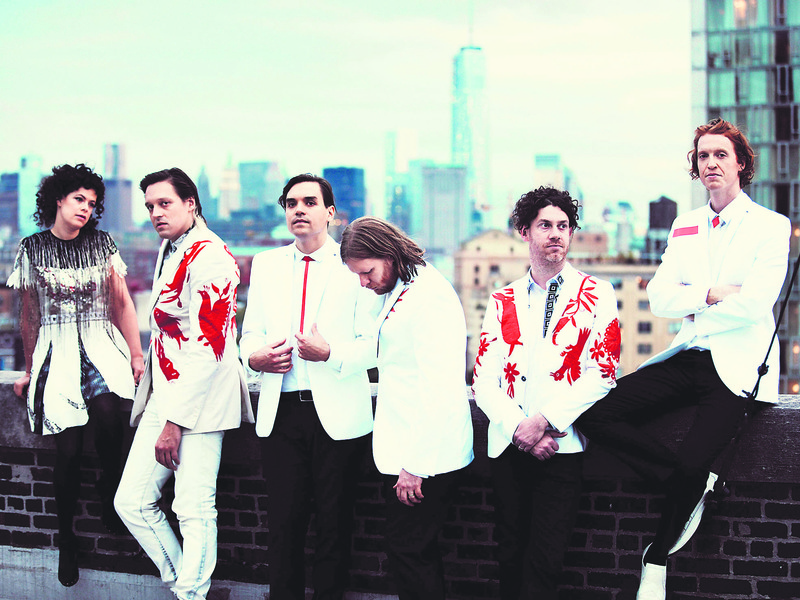 by Zeynep Esra İstanbullu Nov 24, 2015 12:00 am
The !f International Film Festival, which will run from Feb. 18 to March 6, 2016 with contributions from Mars Cinema Group, is set to warm up Istanbul's cinema halls prior to the screenings of independent films from all over the world. The !f Inspiration Series, which is a program prepared exclusively for the 15th anniversary of the !f International Film Festival, continues with the viewing of "Reflector Tapes." The film, screened today at Babylon Bomonti, centers on the creative process of Montreal-based indie band Arcade Fire's critically acclaimed album "Reflector" and the psychological phases that the band members experienced in Haiti, Los Angeles and London during their world tour. "Reflector Tapes," which was in cinemas elsewhere on Sept. 24, will be screened for the first time in Turkey as a part of the !f Inspiration Series.

Arcade Fire has released four studio albums and is considered one of the best indie rock bands in the world. The band has a large international fan base thanks to their sincere lyrics and unique style. Before the sensation that their 2004 debut album "Funeral" created, they managed to reach out to a large audience when David Bowie accompanied them on stage at their Central Park concert, doing a duet of their song "Wake Up." The band came under the spotlight when their third studio album "The Suburbs" won the Grammy Award for the best album in 2011. The band, which earned even greater acclaim after recording the soundtrack to Spike Jonze's 2013 Academy Award-nominated film "Her," broke records a year ago with their latest album "Reflector." "Reflector," which was produced by the creator of LCD Soundsystem, James Murphy, blends disco, punk-funk, dub and glam rock and was seen by music critics as the best album of the year.

Directed by Kahlil Joseph, "The Reflector Tapes" will be screened at Babylon Bomonti free of charge.
RELATED TOPICS