Lebanese journalist and director to meet students and academics in Istanbul 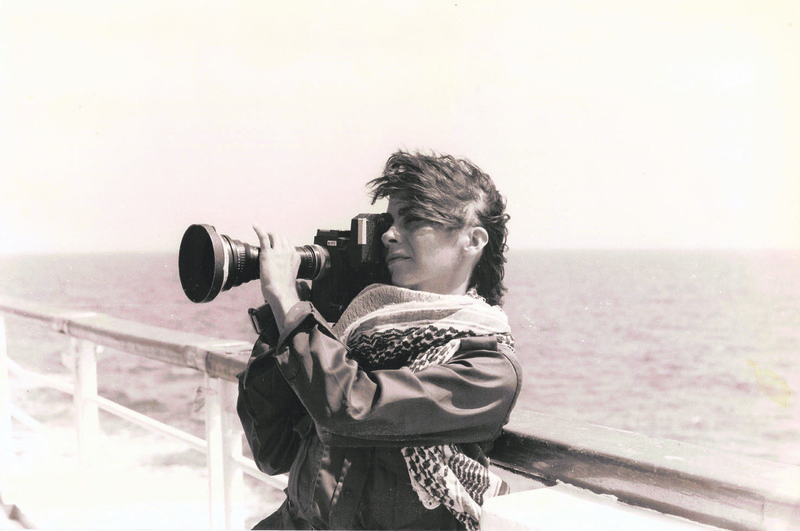 Saab, who offers a historical perspective in her documentaries by featuring collective memory, films emotional and powerful documentaries. Saab has made four feature-length films throughout her career and focused on themes such as war, ethnicity and women during war. The director shot important documentaries centering on women, especially in the Middle East. The journalist-director will first meet with Istanbulites, students and academics during a panel session with journalist and cinema critic Cüneyt Cebenoyan on Nov. 26. The panel session, "The Thoughts of a Visual Artist on Beirut: The City under Siege," will feature a short collage screening. The session will start at 4 p.m. at Boğaziçi University Chancery Conference Hall and it is free of charge. Simultaneous translation will be offered during the panel session.

Screening of "Dunia" and panel session with Saab

The second event that Boğaziçi University will host as a part of "Boğaziçi Chronicles" will be the screening of "Dunia" at 5 p.m. on Dec. 1. Directed by Saab in 2006, "Dunia" focuses on female genital mutilation and caused a stir at international platforms. The screening will be organized in collaboration with the Women Studies Club (BÜKAK) at Boğaziçi University Chancery Conference Hall and will be free of charge. Following the screening there will be a question and answer session with the director.

Born in Lebanon in 1948, journalist and director Jocelyne Saab began her career by hosting a music program on a Lebanese radio station. She was later transferred to TV as a newscaster. She worked as a war correspondent during the Lebanese Civil War, but she became involved in film in the 1980s. She directed her first feature length documentary, "Le Liban dans la tourmente" (Lebanon in a Whirlwind), in 1975. Saab has been inspired by literary figures Alber Londre and Ernest Hemingway and filmmakers Peter Whitehead and Dick Fontaine. She has filmed a total of 30 documentaries, including feature lengths and shorts. Most of her films have aired on Canadian and Japanese TV channels and have won international awards. With her documentary "Lady of Saigon Dr Hoa," which she went to Southeast Asia to film, Saab won a best documentary award in France.

Saab acted as co-director with Volker Schlondorff for the 1981 documentary "Circle of Deceit," which focused on the Lebanese Civil War. It was chosen to be screened at the Cannes Film Festival in 1985 with her first feature-length fiction, "Suspended Life." She dedicated her 1991 film, "Once Upon A Time in Beirut," to the centenary and the birth of Lebanese cinema. She took an interest in the art of photography in 2007 and opened her first solo photography exhibition at the Dubai Art Fair and Art Paris. In 2008, she held a photography exhibition with a theme of icons and tenderness in Lebanon and caused a stir among art critics and art buffs. Following the debut of this exhibition, Saab's photographs toured Europe. For the last two years Saab has been organizing the International Cultural Resistance Festival. The film festival focuses on films produced in Asia and Mediterranean countries and shows how art has torn down the boundaries of culture and has become a symbol of engagement. Saab is interested in photography and cinema and is currently working on a musical project.
Last Update: Nov 25, 2015 1:02 am
RELATED TOPICS