125 years of friendship revived at Turkish premiere of ‘Ertuğrul 1890' 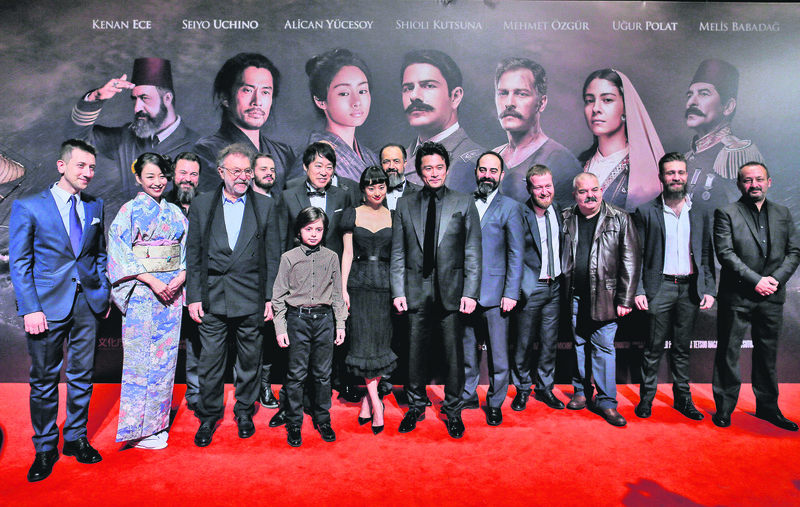 The first film to be co-produced by Turkish and Japanese directors, ‘Ertuğrul 1890' reveals the roots of a friendship between two nations ,and premiered in Istanbul on Thursday. The night gala welcomed film directors, actors and Turkish state officials

The Turkish premiere of the co-production, "Ertuğrul 1890," took place on Dec. 24 at the Zorlu Center for the Performing Arts. The gala, held in honor of the film, was overseen by Prime Minister Ahmet Davutoğlu, his wife Sare Davutoğlu, Turkey's Minister of Culture and Arts Mahir Ünal, the governor of Istanbul, Vasip Şahin, the mayor of the Istanbul Metropolitan Municipality, Kadir Topbaş, Japanese director Mitsutoshi Tanaka, the entire cast and many other film buffs. 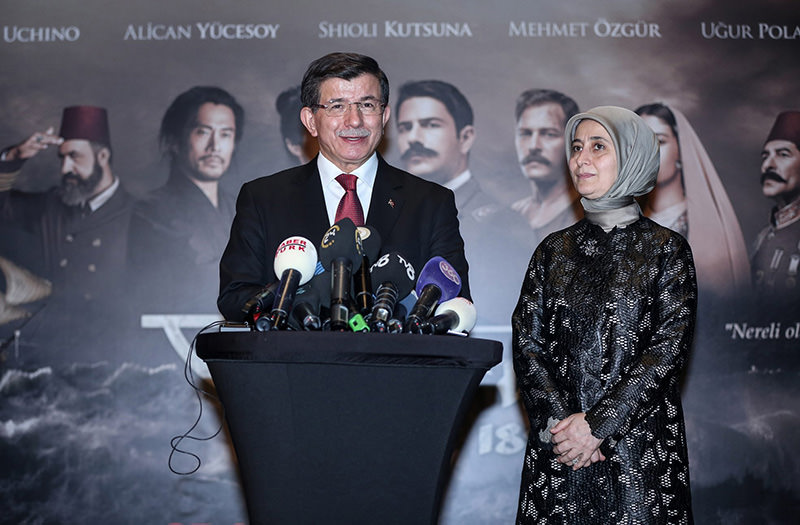 Speaking to the press during the gala, Prime Minister Davutoğlu recalled his visit to the Oshima village of Kushimoto on June 11, 2011, during his time as the minister of foreign affairs. "I looked straight at the ocean," said Davutoğlu. "I sat there for a while. As the waves hit the shore, I imagined the 681 soldiers who died and the 69 soldiers who survived this tragedy. I have visited many martyrdoms but Kushimoto was different because the people of that village did not set sail to Japan to engage in war but to lay the seeds for an eternal friendship." According to Davutoğlu, the gala was held in remembrance of the martyrs of Ertuğrul and to show respect. The prime minister said that their sacrifices will never be forgotten. He also said that we owe the Turkish-Japanese friendship to those who gave their lives as well as the Japanese locals who opened their homes to the survivors after the shipwreck. Davutoğlu also commended the personnel of Turkish Airlines who helped save 251 Japanese citizens in Tehran under the orders of Turkey's former President, Turgut Özal. "The respect and loyalty shown mutually by Ottoman Sultan Abdülhamid II, Japanese Emperor Mikado and President Turgut Özal will continue to be shown to the Japanese people during our service as well as the services of future prime ministers and presidents. We have never forgotten the helping hand offered by our friends. The Turkish-Japanese friendship will continue until the end of time. Many pieces of artwork, like this film, will be produced and passed down to future generations," Davutoğlu concluded. 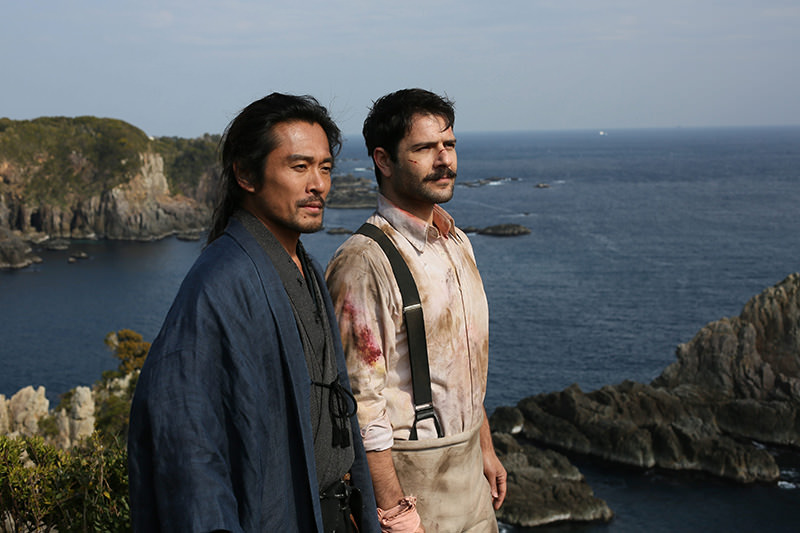 Actor Kenan Ece, one of the leading actors of "Ertuğrul 1890," underscored that the film is a milestone for the Turkish-Japanese friendship as well as Turkish cinema. "The scene where the frigate sinks is astonishing. I am happy to be part of this film. It was an important experience for me to work with Japanese actors and director Tanaka. The Japanese are kind, hospitable and perfect people. We did not have any communication problems on the set. I believe that the chemistry among the actors will come across to the viewers on the screen," Ece said.

Japanese actor Seiyo Uchino revealed that he was only featured in the scenes filmed in Japan, saying, "I am happy to be in Turkey for the premiere of the film. The film previously premiered in Japan and everyone who has watched the film speaks only about how much they love Turkish people and how much they want to visit Turkey."

The video messages of Turkish President Recep Tayyip Erdoğan and Japanese Prime Minister Shinzo Abe were screened prior to the film screening. The movie tells of the rescue of 69 Ottoman sailors from "Ertuğrul," a frigate that sank off an island close to the town of Kushimoto as it was returning from a goodwill voyage to Japan. More than 580 sailors lost their lives when the frigate was caught in a typhoon off the coast of Wakayama, and subsequently drifted into a reef and sank. The entire saga became a milestone in historic friendly relations between Turkey and Japan. It also depicts the rescue of 215 Japanese citizens from Tehran 95 years later, under orders from Turkey's then-President Turgut Özal, during the Iran-Iraq War of 1985. 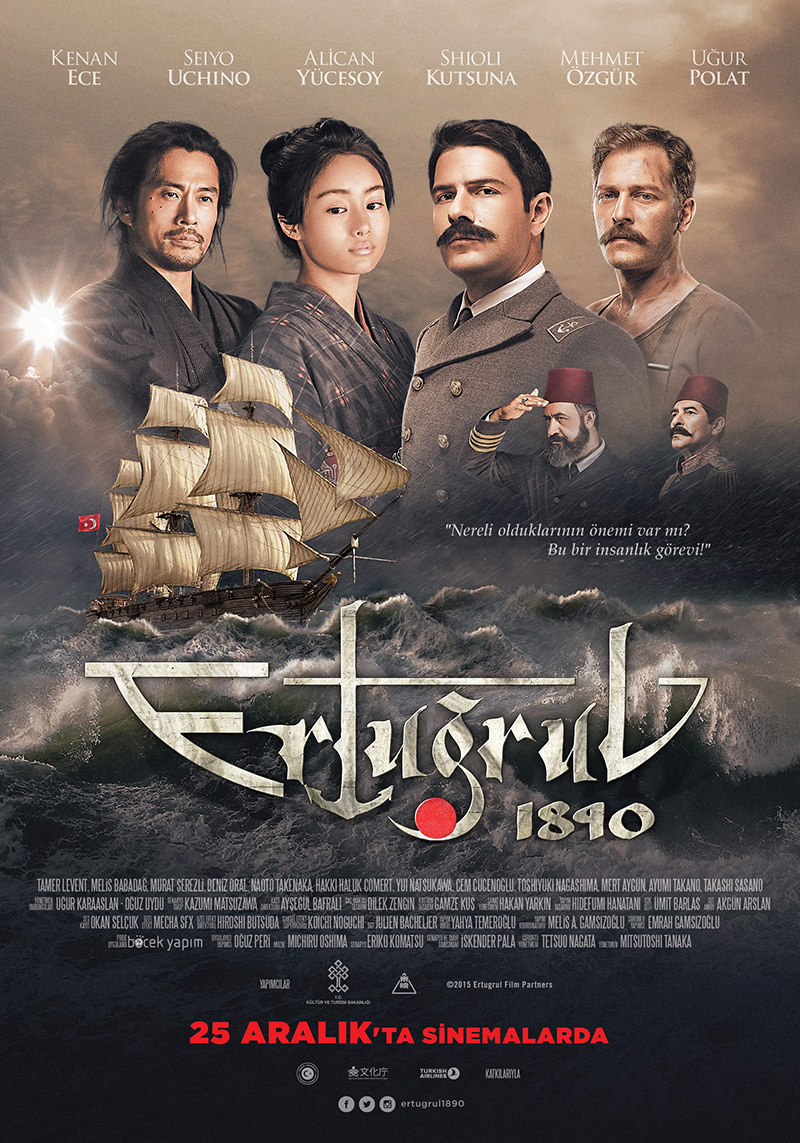