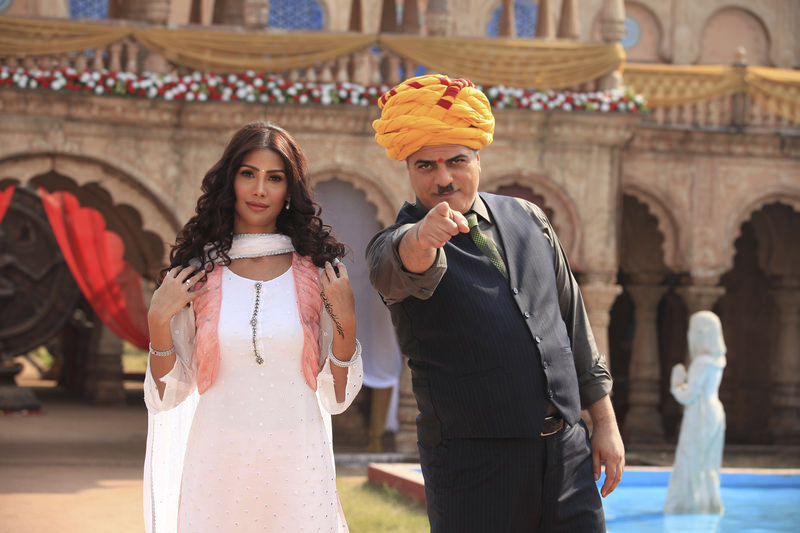 by Miraç Tapan
Dec 30, 2015 12:00 am
Turkish actor and director Sermiyan Midyat is shooting his new film "Bir Baba Hindu" in India with a production crew of more than 100 people. The anticipated Turkish-Bollywood film stands out with its camera crew as well as its actors. The light director of "Bir Baba Hindu" is Mulchand Dedhia who worked for such box office hits as the Academy Award-winning film of Danny Boyle, "Slumdog Millionaire," "Eat, Pray, Love" and "Mission Impossible."

The film, which will feature hundreds of Indian cast members, stars Midyat and the winner of Miss Earth 2010, Indian actress Nicole Faria in the leading roles along with Turkish actors Burak Satıbol and Bülent Kayabaş. Produce by BKM, the film is shot in both India and Turkey. It is also reported that Midyat and well-known Bollywood actor Salman Khan who works in the neighboring studio became good friends.
Last Update: Dec 30, 2015 9:01 pm