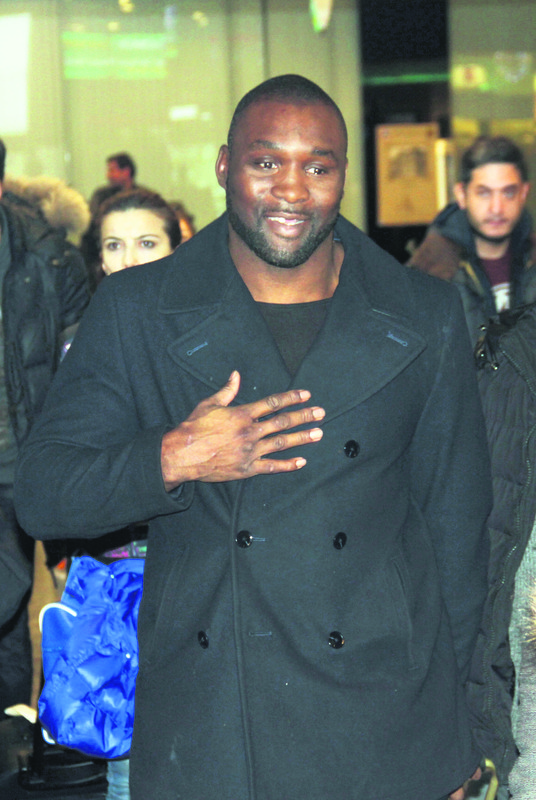 by Anadolu Agency Jan 05, 2016 12:00 am
British boxer Danny Williams came to Turkey to star in the Turkish film "Deliormanlı." Williams flew from London to Istanbul courtesy of a chartered Turkish Airlines flight and arrived at Istanbul Atatürk Airport welcomed by Ali Tanrıverdi, the writer of "Deliormanlı."

Speaking to the press after his arrival, Williams commented on being Muslim and said he is happy to be in Turkey. He also paid tribute to the late Turkish heavyweight World Champion Sinan Şamil Sam who died last October of liver failure, saying that the two were close and that he is very sorry to lose his former boxing competitor.

Williams will play the role of Tommy Dixon in "Deliormanlı," which is currently being filmed in Istanbul. His character is the opponent of the star of the film, played by Turkish actor Sarp Levendoğlu.
RELATED TOPICS