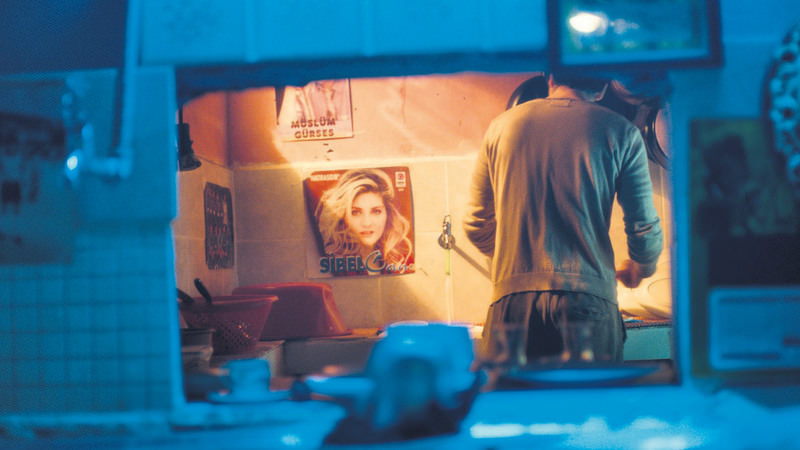 Seen by more than 25,000 viewers on its opening weekend, Can Evrenol's ‘Baskın' is set to become a game changer for Turkish horror films

During the last week of 2015, advertisements of a Turkish film appeared on numerous screens in Istanbul's shopping centers and metro stations. The film's posters could be seen on walls and buildings in many neighborhoods. It was a bold move to promote a Turkish film when the year's hotly anticipated film, "Star Wars: The Force Awakens," had just been released. More interesting was the fact that this upcoming production belonged to a genre atypical to Turkish cinema: Horror.

This first Turkish horror film ever to be released in the United States was directed by the rising young star of Turkish cinema, Can Evrenol. Evrenol, 34, graduated from the Film Studies program at the University of Kent at Canterbury before directing stylistically brilliant short films that won him a small group of devoted fans. "Baskın" was based on Evrenol's 2013 short film of the same name. "I had more than a couple of short films that won many awards and became official selections around the world," Evrenol said in an interview with Daily Sabah last week. "I have plenty of experience in the TV commercial business here. I have been on the short film juries of some of the biggest film festivals in Turkey. When I made the short film version of 'Baskın,' it won awards."

Eli Roth, American director and actor known for his "Hostel" films and his role as Donny in Quentin Tarantino's "Inglorious Bastards," was at one point attached to Evrenol's project. Later, a Spanish producer wanted to produce it. Variety Magazine reported on these developments during the Cannes Film Festival. But at the end of the day, Evrenol ended up financing the film himself. "Because I wanted to do something unique, extreme and personal," he said. "This is my experience. I don't know what advice I can give to new filmmakers with this experience."

"Baskın" has a phenomenal, 15-minute-long opening scene that brings us to a small restaurant where a group of Turkish cops are having dinner. Conversations between the cops and the restaurant personnel bring to mind Tarantino films; they are realistic, humorous and increasingly scary.

We watch the same cops as they leave the restaurant receive a dispatch to check on a nearby mansion that was used as a police station in the past. This is the moment when the film's atmosphere changes, as the cops enter a sort of hell where they are taken captive by members of a cult who subject them to all kinds of horrors.

"After wrapping up the rough cut, I showed the film to Todd Brown of XYZ Film," Evrenol said. "This was the plan from the beginning: Making this film on my own, and hoping XYZ would take it. Luckily, Todd loved it. He passed it onto Colin Geddes, the programmer of Midnight Madness at TIFF [the Toronto International Film Festival]. He also loved it and we were done; sealed. All the other festivals, the distribution deal and the signing with WME followed. It received really-awesome-to-mixed-reactions pretty much everywhere we went."

Todd Brown, director of international programming for Fantastic Fest, described it as "more of a film to be experienced rather than talked about." Evrenol agreed with his description. "When people try to dissect it, it loses its mojo," he said. "It is like dissecting the music of Slayer. It just doesn't work that way ... 'Baskın' is unorthodox for Turkish cinema, for horror cinema and for arthouse cinema. This was why it was extremely difficult to pitch it to producers. We had to finance it ourselves, with my family's support. All my cast and crew are people who were ready to take risks. That's the only kind of people I could convince to do this film. But it paid off amazingly."

So far Evrenol has traveled to 12 film festivals around the world with "Baskın," which he described as an "anti-film ... somewhat of an immature film. But I love it. It had to be that way. It couldn't have been made any other way. It's a unique arthouse film about madness, with heavy horror cliches. But it's not really a scary film, not to me at least. It's a mad film."

Advertised with an ambitious promotional campaign during the last week of 2015 and released on Jan. 1, "Baskın" became a hit film in the Turkish box office. "I feel that we are robbing some people here," Evrenol said. "In a fun way though ... A huge amount of people who wouldn't come anywhere close an arthouse movie or a movie with such profanity or a movie with such gory scenes are going to see 'Baskın' in theaters because they think it's just another Turkish horror movie - because we marketed it that way. We had to, nobody would watch it otherwise. Unfortunately, the real cinema audience in Turkey abandoned theaters a long time ago. I feel like we kind of undermined the corroded popular culture in Turkey, and it has only been five days since the movie was released. More than 30,000 people have watched it. We received as many hate messages as messages of praise. 'Baskın' has a long way to go, and I think it will be a cult movie. It has to be."

Where will he go from here? I asked Evrenol if his next project will depend on the box office success of "Baskın." "We sold the film to more than 20 countries, and already some producers are interested to hear about my next script." With his co-writer Cem Özüduru, the 28-year-old Turkish comic book artist famed for his graphic novel "Zombistan," he has two scripts ready for two new projects. "We want both of them to happen in 2016," Evrenol said. "I think we can. One of them is again a horror movie. The other one is a kiddie film about a girl who is born without a mouth."
RELATED TOPICS