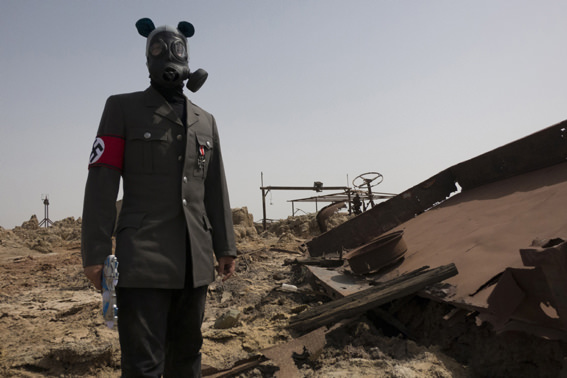 The !f Istanbul Independent Film Festival, which will run from Feb. 18 to Feb. 28, announced the nominees for its 2016 !f Inspired International Film Competition, designed to discover and award emerging visions in cinema

Organized with the partnership of İş Bank Maximum Card, the 15th !f İstanbul Independent Film Festival's the !f Inspired International Film Competition marks its 9th anniversary this year and the films that will compete in the section featuring newly emerged directors have been announced. A total of nine films from the U.S., Germany, Belgium, China, Ethiopia, France, Finland, the U.K., Iran, Spain and Turkey will be screened for the jury to win $ 10.000 prize money.

The jury that is composed of screenplay writer, director and actress Desiree Akhavan who was nominated for "Best First Screenplay" in Independent Spirit Awards and "Breakthrough Director Award" in Gotham Awards with her film "Appropriate Behaviours" and featured in the fourth season of the TV series "Girls, The film curator of Museum of Modern Arts in New York (MoMA) Joshua Siegel, actress Dounia Sichov who starred in Catherine Breillat's "The Sleeping Beauty," Abel Ferrara's "Pasolini" and Denis Cote's "Boris Without Beatrice" and Turkish actor and screenplay writer Mert Fırat who starred in İlksen Başarır's "Başka Dilde Aşk" (Love in Another Language), "Atlıkarınca" (Carousel) and "1Bir Varmış Bir Yokmuş" (Once Upon A Time) will chose the most Inspiring director of 2016. 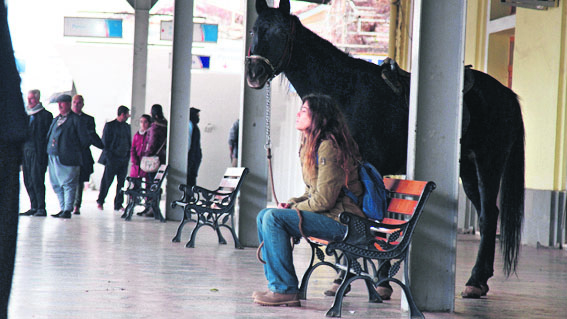 Adapted from the voice journals of writer and linguist John Hull who lost his sight in the early 80s, Pete Middleton and James Spinney's film "Notes on Blindness" is one of the films that will compete as a part of !nspired section. Middleton and Spinney previously shot a short film on the subject and last year they decided to make a feature length film out of the story. The writer/director duo make the actors read these voice recordings out loud, playing with the borders of fiction. The surreal comedy / horror film "Aaaaaaaah!" in which British actor Steve Oram searches the answer for "what would happen if people began to act like apes?," choreograph and video director Celia Rowlson Hall's first feature length fiction "MA" in which the director tells the story of Virgin Mary wondering in the northwestern desserts though various rituals and performances, Chinese director Bi Gan's Goldern Horse, Locarno and FIPRESCI winner poetic film "Kaili Blues" which takes the audience to a dreamlike and odd journey and Miguel Llanso's "Crumbs" which depicts the post-apocalyptic world with the pop culture icons and is considered as the first Sci-Fi film of Ethiopia will be screened for the jury to win the $ 10,000 prize money.

Directed by French director Clement Cogitore, "The Wakhan Front" is reminiscent to a nightmare and stands out with its spooky atmosphere. The film which points out the meaningless wars that led by western states in remote countries is also one of the films that will compete in the !f Inspired International Film Competition. Moreover, the Dardenne Brothers' "Potiche" which leaves its mark in the minds of the audience with the outstanding performance of Jeremie Renier and Iranian director Sina Ataeian Dena's documentary-like film "Paradise" which is the first film of the director's trilogy on violence will compete in this section. The !nspired section features two Iranian directors this year. While Dena focuses on the story of 25 years old Hanieh and hardships of being a teacher in Iran, another Iran-based director Shahram Alidi tells the story of a group of friends who are in search of a black horse upn the will of their late friend in Turkish-Iranian co-production "Black Horse Memories." Using mythological and supernatural elements, the director puts an encouraging and dramatic story on screen with a fairy-tale like movie language.

On the other hand, Ali Kemal Çınar's "Hidden" will represent Turkey in the !f Inspired International Film Competition this year. Written and directed by Çınar, the film also stars Çınar as an actor. The film focuses on the couple Ali Kemal and Berfin and their shock when they find out that gender reassignment surgeries are accepted as a normal thing. The film plays with the gender theories and traditions, inviting the audience to a magical atmosphere.

The films that will compete in the !f Inspired International Film Competition will also be judged by a jury composed Gözde Onaran, Münir Emre Göker and Vecdi Sayar, the members of "Screenplay Writers Association" (SİYAD). The jury will present SİYAD Award to the winner following a thorough evaluation.
RELATED TOPICS