Yorgos Lanthimos's 'The Lobster:' Singlehood is not royalty 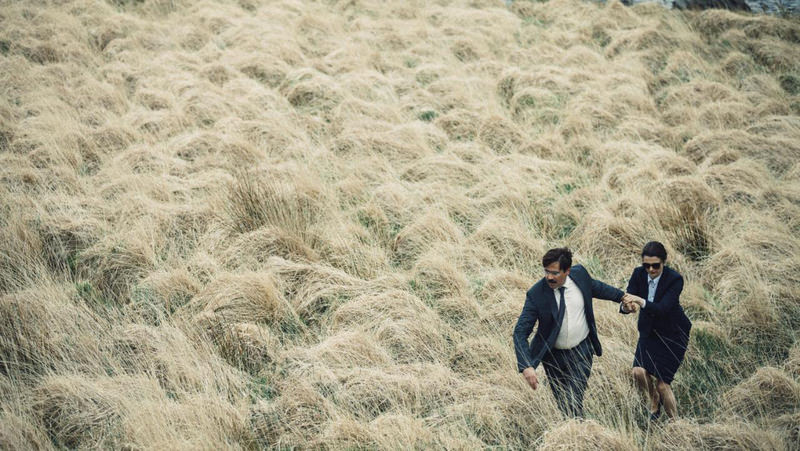 Known for his striking touch on social matters, Greek director Yorgos Lanthimos' recent film ‘The Lobster' creates an isolated environment where being single is humiliated and finding a partner is the sole condition to maintaining humanity

There's a saying in Turkish that says, "bachelorhood is like being a sultan," suggesting that being single offers one the riches, pleasures and happiness that one might expect as a sultan. The meaning of the saying naturally depends on whom is saying it and to whom, and can be used as an encouraging phrase for those who fail to find a partner, or to mock those who are suffering from their current relationships. However, the recent film directed by Yorgos Lanthimos suggests that the state of singlehood is no sultanate, but more like a state of dysfunctional rogue. Ambivalence towards those who are having a better go of it - whether singles or couples - is found in all cultures throughout history. The film "The Lobster" does not provide a clear answer to the phenomenon, and is in fact just as undecided on the issue as the millions of people confused by love. 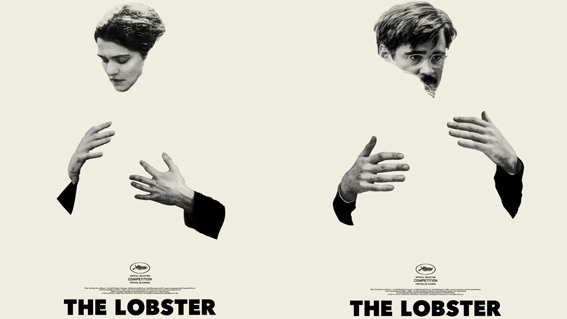 While it is miserable to be alone and not have a painkilling balm when you need it, it is equally horrifying to be married to a psychopath for fear of staying single. Lanthimos's film creates a world that is so alarming and strange that Turkish distributors seem to have failed in their usual successful efforts to find a suitable title in Turkish. So the film's title remains The Lobster, named for the animal that the protagonist David chooses to become if he fails to find himself a partner by the end of the period allocated to him, after his partner leaves him. So far so surreal. This period of limbo is to be spent in a hotel where he can meet other singles and possibly earn the right to continue to live as a human being. Colin Farrell - with bad hair, a strange moustache and an altogether unattractive physique - plays David as a human being who lives in a state of numbness, and who like almost all the other guests at the hotel, has lost the ability to express surprise or any feeling at all, toward anything that this inhumane system might throw his way. Upon his arrival at the hotel, he is asked his age, health status and sexual preference. The hotel may not seem heteronormative in the conventional sense of the word but it is obvious that it serves to expand the same kind of institutional relationship on everyone. Olivia Colman is brilliantly cast as the Hotel Manager who assesses the guests' prospects and evaluates their success. Having played motherly figures in several drama series and films, Colman has come to represent the well-meaning but sometimes misguided mother-figure in the psyche of British filmgoers. This lends some credibility to the world that Lanthimos has created. When Olivia told me that most people want to continue their days as dogs and that it's a silly idea, it must be true.

In a blatant admission to the sorry state of affairs we find ourselves in in the real world, one scene in an educational drama offered at the hotel points to the importance of having a partner. In the scene, a woman is shown walking down a street; first with a partner, then alone. When she is alone she gets catcalls, but when she is with a partner she is left alone. The moral of the story for women is: entrust yourself to men because men are terrible. Lanthimos shows that even under such oppressive conditions, individuality persists and people react differently to the eventuality of spending the rest of one's days in an animal-like state. Some people "team up" with partners they don't necessarily like, some commit suicide and some flee the hotel.

One pretty girl we are introduced to who viewers expect will find a partner in no time, reaches the end of her days alone and then chooses to become a pony. For Lanthimos, as in life, a pretty face does not necessarily mean a woman will find luck in love. The more inspiring and paradoxically unfortunate thing is that the girl does not go into any sort of arrangement with any of the men who seem very willing to be her partner; she will not settle for less than Mr. Right.

Comparable to any oppressive regime, this marital dictatorship has spawned its dissidents in the guests at the hotel who have fled into the woods when the time comes for them to transform into animal form. These singles live in a state of terror, due to the fact that hotel guests are brought out on hunt parties where they shoot the loners with stun guns, so they may be brought back to the hotel to be transformed.

The incentive for the guests is that for each fugitive they catch, they are given an extra day in which to find a partner. It may appear to be a vicious system, but hardly less brutal than some of the intriguing people encountered on the dating scene in real life. The sense of the allegory of the hunt is heightened with the use of music and slow motion, transforming the sequence into a highly stylized opera. It is not long before we find out that, as often is the case surrounding the state of hot conflict within this system, the dissidents create their own oppressive society. The viewers' hopes that a group of people will live freely are crushed soon enough, when we learn that the fugitive group mirrors the hotel's rules by banning and penalizing coupling. Albeit a politically legitimate observation, it fails to recognize the struggle of those who have challenged the institutional practices of marriage, without imposing it on others. In Lanthimos's defense, one can say that this is not that sort of film, that partnering up is used as one example of how the state threatens to invade our personal space. While the film is about one of the most universal of woes of finding a life partner, it also signals that we are oppressed in all aspects of our lives. One of the most sinister scenes is shot in a shopping mall, where a group of fugitives try to act like they are couples. The police engage in random stop-and-searches to verify that the shoppers have the right "papers," which is to say the correct marital status. The singles in the woods carry out attacks on the hotel, and David's mission is to reveal that a man has found a partner under false pretenses. He barges in on the couple - who are on a probation period - having dinner with an assigned child, to see whether their relationship can weather the introduction of such complications and burdens as children. David reveals that the man is only feigning a physical ailment which, according to the hotel's warped logic, made the couple a good match. Her prospective husband does not get random nosebleeds - and so there are several scenes in which Ben Whishaw, when his future wife is not present, bangs his nose on any hard surface and makes himself bleed as is required. This is a perfect example of how functional (perhaps even happy) relationships can be maintained, if and when both parties tacitly agree to keep quiet about certain things and not confront the spouse with his or her own lies and faults.

The second part of the film concentrates on how David finds love in the woods, precisely where he should not, and spends the rest of the film trying to devise a way to flee the woods and go to the city with his lover to join the ranks of couples. Consequently, the film loses the irony that had sustained it, as Lanthimos want us to root for the escape of the couple. The film ends with David making a great sacrifice in order to be a "legitimate" partner to his lover. In a twisted way, it is a happy ending with the promise of a future for the lovers, but by the time of David's great sacrifice, Lanthimos has made us immune to such grand gestures. Marriage, partnership and even romantic love are revealed as institutions which humans have developed and institutionalized to satisfy the most animal instinct of all: the survival of the human species.
Last Update: Feb 01, 2016 1:18 am
RELATED TOPICS