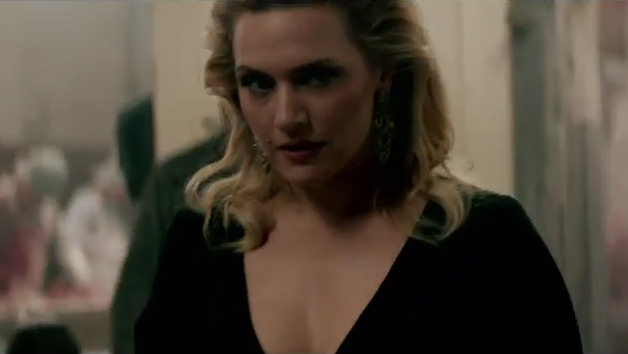 by Feb 12, 2016 12:00 am
With bouffant hair and lots of bling jewellery, Academy Award winner Kate Winslet adds a somewhat different role to her acting repertoire in crime thriller "Triple 9", portraying a "properly evil" mafia boss. The "Titanic" actress, in the running for another Oscar this year for her role in "Steve Jobs", stars alongside Woody Harrelson, Casey Affleck and Chiwetel Ejiofor in the action-packed movie about corrupt police and the criminal underworld. "... When I read it, I just thought 'God, why on earth would they want me to be in this film?' This is nothing like I ever did before and something very different," she told Reuters at a London screening of the film on Tuesday night.

"It's a contemporary heist movie. I play a Russian Israeli mafia boss, I mean ... she's properly evil. And I wanted that challenge."

Winslet, who puts on a thick accent in the film, added she worked early on with director John Hillcoat to create her character Irina Vlaslov's appearance.

"The look was really quite specific. When he first showed me pictures of these rather sort of Versace hairstyles, I couldn't quite believe that he was going to be that daring," she said. "But that was what he wanted and that was what we gave him. And it was a heck of a lot of fun for me."

Set in Atlanta, the film follows the planning of a major heist, with plenty of guns and bloodshed thrown in.

"It's a comment on where America's at at the moment ... in terms of the criminal landscape, the stakes are much higher out there," Hillcoat said. "Breaking Bad" actor Aaron Paul portrays a former cop turned gang member in the film, which he called "the darkest thing" he had ever worked on.