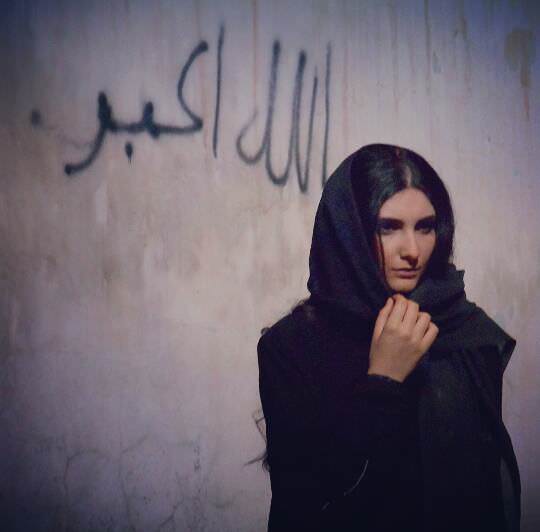 Directed by Turkish director Hakkı Görgülü and produced by Mt. Elit Productions, the short film "Gabra" has been invited to the Cannes Short Film Corner. The film tells the story of a Syrian girl who lost all her family during the war and took refuge in Turkey and won the first prize for its script at the International 7 Islamic Saints of 7 Cities Short Film Festival in 2015. It will also be screened at the Cannas Film Festival's special section for short films this year.

The festival coordinator for "Gabra," Eda Sürmeli, told Anadolu Agency (AA) that cinema is directly affected by the sociologic structure of society. She said: "The short film is a way to give a critical perspective to the art of cinema. The short films' importance has been understood once again with recent productions in world cinema. If a story is built in a precise and comprehensible way and transferred to the audience, it raises awareness about the problems in a society." Sürmeli said that "Gabra" was filmed in a professional setting with a professional team. "When we first read the script, we burst into tears because the story was real and we could see it on the faces of the Syrian girls who we see every day on the streets, in the traffic or anywhere else," she said. "We were filming a fictional story but we know that it was also real." Once "Gabra" passed the jury selection, Sürmeli said that the film crew felt the need to distribute the film for people to watch and raise awareness about all the Syrian refugee girls living among us. "Because of the war, there are many Syrian girls like Gabra but not all of them have an Uncle İsmail who can help them like he helps Gabra in the film," Sürmeli added. As the festival coordinator of "Gabra," Sürmeli said that the film was shot to give a voice to "all the women who were left alone and desperate because of the war." She noted that the film is supported by the Culture and Tourism Ministry General Directorate of Cinema, the Republic of Turkey Promotion Fund and the Bursa Chamber of Commerce and Industry.

Written by Batuhan Arıcıoğlu, "Gabra" is about the struggle of a young Syrian girl who lost all her family during the Civil War in Syria and took refuge in Turkey. She meets a cemetery guard named İsmail who lives his life according to the principles taught by Azerbaijani Sufi Seyid Yahya Bakuvi. He helps Gabra to hold on to life by teaching her goodness and love. Actor Bülent Ergün plays the role of İsmail while Gabra is brought to life by actress Tutku Karaca.