War photographer and mother at center of new Spielberg film 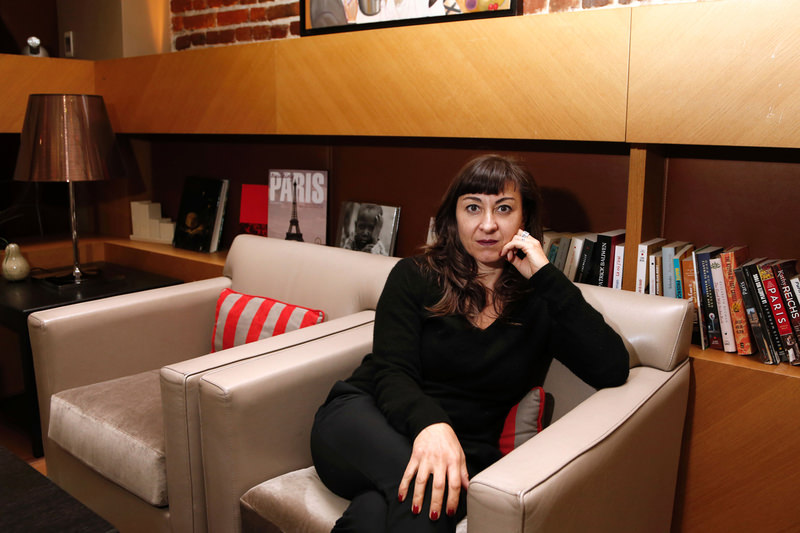 by Apr 11, 2016 12:00 am
Her parents were hairdressers in a small town in Connecticut – so it wasn't exactly written in the stars that Lynsey Addario would become one of the world's best-known war photographers.

Even after her Italian-American family bought her a Nikon camera for her 13th birthday, she thought "photographers were crazy rich kids" with time on their hands. But fate was about to deal Addario the first of many strange hands that would eventually take her to Afghanistan before Sept. 11 turned the world upside down, and then from one war zone to the next. "I never set out or wanted to cover war," the 42-year-old, who has continued to cover conflicts since becoming a mother five years ago, told AFP. In her book, "It's What I Do," Addario tries to make sense of how she got into one of the world's most dangerous professions. Despite several scrapes with death documenting wars from Iraq to Congo, "I didn't think anyone would read the book," she said. "It felt really uncomfortable... egotistical (even). I thought who would possibly care about my life?" Steven Spielberg, for starters. He is about to tell her story in a new film in which she will be played by Hollywood's hottest property, "Hunger Games" star Jennifer Lawrence.

It will center on her kidnapping in Libya in March 2011, when she was held with four other New York Times journalists by soldiers loyal to Colonel Gadhafi, as large parts of the country rose up against him. "After I was released I wanted to do a photo book. I was thinking about the work I had done, and going through my old work, and it was then that I found out that Tim and Chris (Addario's friends who were also taken hostage) had been killed," she said. "I had this sort of moment of reckoning. I wanted to write... to communicate what I went through in Libya after my friends were killed. It just seemed a better way."

As she tells it, Addario – who won a Pulitzer Prize as part of a New York Times team in 2009 – is an accidental war photographer. It all began after she was sent to Afghanistan in 2000 to photograph life for women under the Taliban. The following year, a country which most Americans could not have found on the map became a national obsession as the hunt began for Osama bin Laden. "I never set out or wanted to cover war. I started because I'd been working so much in Afghanistan on the Taliban. It was natural that I went back there. Then I wanted to be in Iraq so I started to cover wars regularly, but it was because the stories brought me there, not because of war itself."

Despite having a 5-year-old son, Lukas, to whom she dedicated her book, Addario has continued to go work in war zones. "I want people to see how other people live and to be sort of a messenger, I want to connect the dots, to give people perspective." For her the choice is simple. "When I'm covering a humanitarian crisis, human rights abuse or war... you have to be out there [for it] to be seen by people from the comfort of their home."
RELATED TOPICS