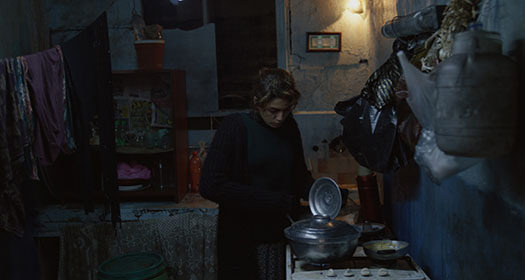 by Anadolu Agency Apr 13, 2016 12:00 am
The first publicly financed feature film on the subject of human rights in Turkey will premiere on Wednesday at the Istanbul Film Festival.

The film's coordinator, Ekin Bozkurt Sener, told Anadolu Agency (AA) that the project was financed with European Union funds. "Our goal is protecting and strengthening human rights, as well as contributing to the visibility of women's rights across Turkey," he said. "This is the first time [in Turkey] one public institution has prepared a full-length art film related to human rights."

The National Human Rights Institution (NHRI) of Turkey, founded in 2012 to protect and promote human rights and prevent violations, supervised the film's production.

Film director Erdem Tepegoz said the human rights cases in the film were inspired by true stories in Turkey, but that they are not Turkey's alone as they are also reflective of global problems. "Issues such as refugees, [human rights] violations, survival and struggling for life are global human rights cases and problems," He added. Tepegoz stressed that few films in Turkey explore human rights themes, and that the government's support for the awareness-raising film is significant.

The film follows five different short stories. One concerns the personal effects of refugees washed ashore; the second is the peculiar story of a young man who was assaulted; the third tells the story of a mother and daughter who take refuge in a house when bombs detonate along the Turkish-Syrian border; the fourth tells the story of a hero in Istanbul trying to overcome obstacles; and the last story portrays the spiritual journey of a pregnant woman trying to return to the hometown she was driven from. The film will be screened at the Beyoğlu Movie Theater as part of the 35th Istanbul Film Festival. For more information, see: http://film.iksv.org.
RELATED TOPICS