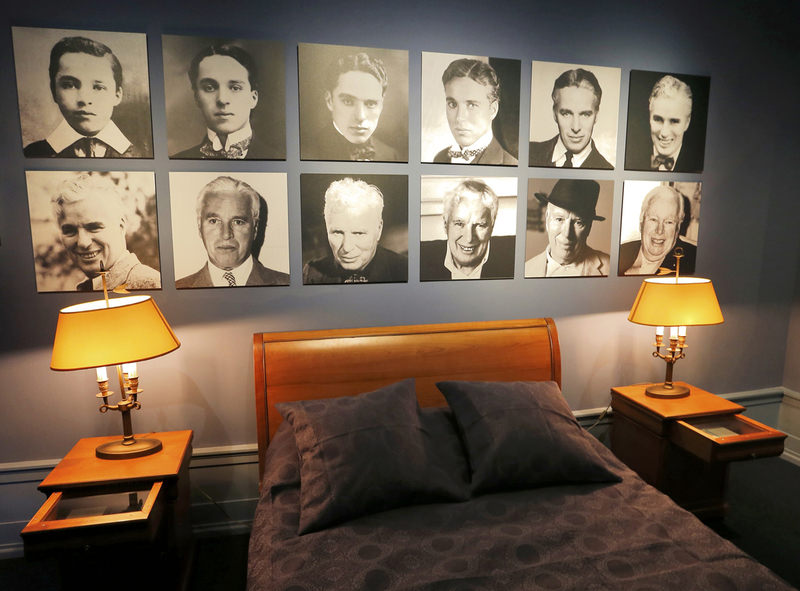 by Associated Press
Apr 18, 2016 12:00 am
As Charlie Chaplin finished out his long life on his bucolic Swiss manor, the former silent film star worried about drifting into oblivion, his connoisseurs say.

Little chance of that. The legacy of the Hollywood legend behind "The Dictator" and "Modern Times" lives on today in the minds of stars like Johnny Depp and Robert Downey Jr., in Broadway plays and in the general cultural consciousness. But he never had bricks-and-mortar museum honoring his life and achievements.

That changes Sunday with the public opening of "Chaplin's World," a multimillion-dollar project in the Swiss village of Corsier-sur-Vevey. Its director-general says the museum is the first of its kind in the world to honor Chaplin, and has added value because it's at a place he called home for years. The "Manoir de Ban" is where Chaplin lived his last 25 years raising children, writing music and movie scripts, and contemplating his legacy far from the glare of the Hollywood spotlight. Visitors can see his trademark bowler hat and cane, a replica studio, black-and-white photographs from his career, and the bedroom where he died at age 88 in 1977. Working with Paris' Grevin museum, which is known for its wax figures, managers have displayed a number of figures of Chaplin as well as friends like Albert Einstein and Winston Churchill on the green 14-hectare (35-acre) grounds along Lake Geneva, said Jean-Pierre Pigeon, the Swiss-Canadian director of Chaplin's World.

"He was not just resting here, he was working. He was part of the region," said Pigeon. "He was able to live a normal life here. He found the right life-work balance here in Switzerland. In England, he was really poor, in the United States, he was really successful in his career and money-wise, but his real happiness was here for 25 years." About two dozen of his children and grandchildren were on hand for a ribbon-cutting ceremony Saturday, which was Chaplin's birthday. Organizers are hoping for more than 300,000 visits per year, Pigeon said, boosted by a nearby chocolate factory and a medieval castle. What would the famed English-born actor and director think about "Chaplin's World?"

"I think his first reaction would probably be 'Oooh!'" Pigeon said with a chuckle. "But there was one thing he was scared of: being forgotten. So this is a good way to broaden his notoriety." "A place where people can laugh and get emotion: That's what he would have wanted," Pigeon said.