Women's films do not only focus on violence, suppression 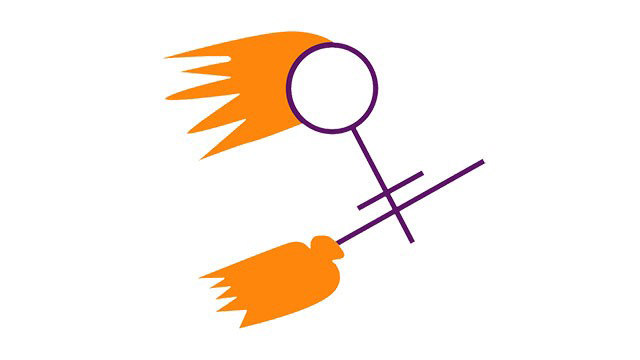 by Daily Sabah May 09, 2016 12:00 am
The 19th International Flying Broom Film Festival, which is the only film festival dedicated to women in cinema, began on May 5 and continues to screen important examples produced, written or directed by prominent women in the film industry until May 12 in various cinemas in Ankara.

Flying Broom Board Co-Chairwoman Selen Doğan told Anadolu Agency (AA) the International Flying Broom Film Festival is an important organization that brings women's cinema to audiences in Ankara and said that it has been 19 years since this significant film festival started. "Watching these films in cinemas is actually an excuse for us to come together every year. We are able to make new acquaintances through stories that demonstrate women who are suffering from the same problems that we do even though we do not know one another. We are expecting all movie buffs that have been supporting the film festival since day one [to come]. This is a long road, but the women who make films and organizations as such should be more visible," Doğan said.

Doğan said the first thing that comes to mind is violence when wome's films and projects are mentioned, but woman make comedy, historical, drama and documentary films as well. Doğan said: "We are touching every single segment of life; hence, I believe that we need to be able to tell this to our audience and people who support us better. Festivals and projects like the Flying Broom Festival do not just focus on themes such as violence against women." She also said that women's films do not only approach themes and problems that women suffer, and continued: "Through the films that we screen, the audience both witnesses the story of a woman who revolts against a multinational cooperation in India and an underground singer's protest songs. The films show us women's success, love, unhappiness, family lives and business lives as well. Of course, the films featured in the festival also talk about the problems that women face every day, but unfortunately when we say women's problems the first thing that everybody thinks about is violence because women and children are the ones most exposed to violence. Women are in every segment of life. They are sometimes inspired by literature or sometimes other branches of art, but they are the main characters of numerous success stories as well as dramas."

Doğan stressed that the festival audience does not just consist of women, and audience members are of every age and that the festival also increases interest in cinema. She said that the number of female filmmakers has been increasing in recent years and that this is a very promising development for both women and the cinema sector. Doğan told AA that women's solidarity turns into creation through cinema and films that are produced and directed by women filmmakers. "Cinema in Turkey is highly male-dominant," Doğan said. "As women continue to make new films, the dynamics of the sector will change in time. There has been a considerable increase in the number of women filmmakers recently. This is very promising. We always have hope."

Doğan stressed that they have serious problems finding financial support and said that the biggest problem they face is financial sustainability. "Financial problems are the biggest difficulty women face in their projects because production tools and capital are male dominated. Since men are the decision-making mechanisms, expensive productions such as cinema become hard for women to produce. However, we are trying to find alternative ways and are working more collectively with each other," Doğan said. "Financial problems are one of the problems that we faced the most as festival organizers. We have many supporters, and they are all helping us, but apart from that it is very hard to finance film festivals, and if women are in charge, it becomes harder. Nobody wants to invest in something where the theme is women. This is related to the male-dominance in Turkey as well as in the world, but we are working hard to find sustainable financial sources," Doğan said.
RELATED TOPICS